TikTok’s Advertising Launch Is Getting Crushed by US Shutdown Rumors 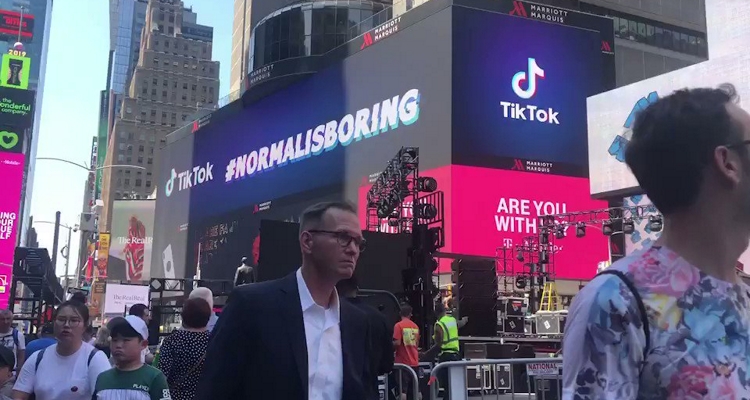 The TikTok advertising strategy may be crumbling after the Trump administration signaled interest in a ban.

TikTok’s new self-service ad platform will remain critical in helping the social media company turn a profit. But the potential ban floated by U.S. Secretary of State Mike Pompeo brings that strategy into question.  And that’s just the latest issue: speaking with Reuters, execs at a major ad agency say TikTok’s status as a new app works against it.

Ad agencies are now more sensitive than ever to their content appearing alongside hate speech. Facebook has gotten flak from advertisers for not removing hate speech from their platform. These agencies doubt TikTok’s ability to remove hate speech and incendiary content, especially as PizzaGate conspiracy theories are resurfacing on the app.

TikTok says it is committed to protecting brands from appearing next to objectionable content. The company says it will use content moderation technology and human moderators to achieve that goal. When asked about statements made by Mike Pompeo, a TikTok spokesperson says the company does not share information with the Chinese government.

The TikTok advertising platform launched on Wednesday. It includes access to a music library and video-editing tools for brands to make their own TikTok videos. TikTok is providing $100 million in free ad credits to entice advertisers onto the platform, and small businesses can apply for those funds if the COVID-19 pandemic hit them hard.

“Our users want to identify with our brands, and people identify with their local businesses and local restaurants,” a TikTok spokesperson told Reuters. ByteDance reported $5.6 billion in revenue during Q1 2020. But most of that revenue came from the Chinese version of TikTok, Douyin.

U.S. based advertisers are unlikely to want to invest in the TikTok advertising platform that may be banned altogether.

But that ‘off switch’ is just one of several concerns. “I don’t think TikTok is there yet with respect to direct response,” one advertising exec told Reuters. Direct response advertising can be some of the most effective on the web.

Worldwide, TikTok may struggle to continue its meteoric growth. The app is already banned in India, cutting off access to 1.3 billion people. Instagram is taking advantage of the situation by launching its TikTok clone ‘Reels’ in India.

TikTok’s heavy-handed moderation policies brought it under U.S. scrutiny well before the India ban. Last year the U.S. Navy, followed by the Army and the Marines, recommended banning the app. Congress even entertained a bill seeking to ban TikTok from all government smartphones. TikTok’s shady snooping behavior was exposed after the recent release of iOS 14 beta.