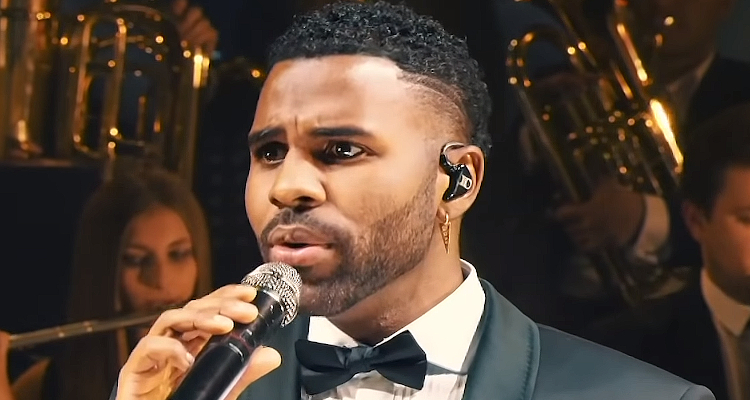 In a recent interview, singer-songwriter Jason Derulo revealed that he makes “far more” than $75,000 per TikTok post – though this income source appears to be in jeopardy as rumors of an imminent stateside ban of the platform continue to pick up steam.

Jason Derulo likened his ability to connect with fans through TikTok to DJ Khaled’s immense success on Snapchat, saying: “I’m able to show who I am [on TikTok], whereas in other apps I didn’t thrive as much because I couldn’t show me. … TikTok is all about creation, and I love just building things from nothing.”

From there, the 30-year-old stated that he has embraced the unofficial “King of TikTok” title. Derulo boasts approximately 28.4 million followers, hence the lofty nickname. When asked whether there was any truth to reports that he earns $75,000 per TikTok post, the Miramar, Florida, native responded that it would be “tacky” to disclose his compensation – but assured the host and fans that his per-video earnings are “far more than that.”

Derulo also spoke of the technical reasons for his TikTok preference. His theater background has had an impact both on the style of his videos and his considerable output.

Sounds great, though much has changed in the short period since Jason Derulo participated in the interview. White House adviser Peter Navarro recently promised that the Trump administration will take “strong action” against TikTok, which is owned by Beijing-based ByteDance. Navarro is the second Trump official to point to upcoming sanctions against the app, which could include an outright ban.

Meanwhile, government officials, commentators, and even litigants have long criticized the platform for snooping sensitive personal information. Many of the platform’s leading creators are encouraging their followers to transition to Instagram, Facebook, and other content-sharing apps presently.

However, by acknowledging the substantial earnings (and promotional reach) that TikTok affords him, Derulo underscored the far-reaching effects that the app’s prohibition could have on the music industry. Several well-known artists – including Lil Nas X and Benee, to name two of the best examples – rose to prominence after their music went viral on TikTok.

Signs are emerging that many TikTok users – as well as artists – will adopt different apps for their content-sharing needs if the platform is in fact outlawed. YouTube has unveiled TikTok-like features, and several North American and European TikTok competitors – Warwickshire-based Triller and New York City’s Dubsmash among them – have experienced noteworthy download and usage upticks as of late.