Instagram Launches ‘TikTok Killer’ Reels In 50 Countries – Including the US 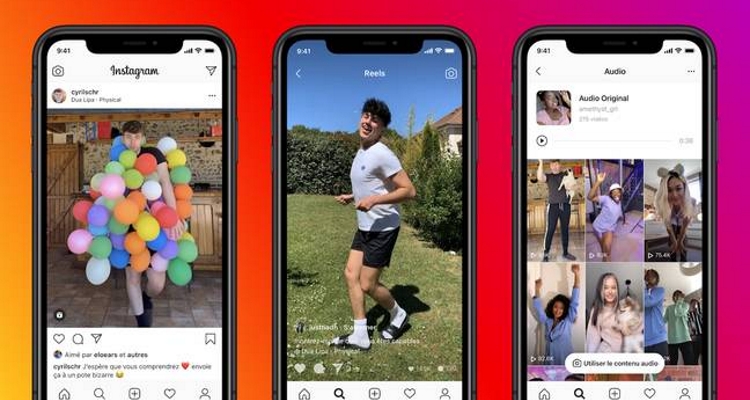 Instagram Reels is now available in 50 more countries, with the US included. Is this move a TikTok killer?

Reels are functionally identical to TikToks – Instagram users can create and edit short-form videos for their followers. These videos are usually set to music and may go viral in the Discovery portion of the app. Users can record up to 15 seconds of video, and these videos can be stitched together.

Instagram Reels offers both public and private options for users to share with their followers. Reels created under private accounts can only be viewed on a person’s Feed and Stories. They will not show up in the app’s broader ‘Explore’ discovery feature. Facebook has been working overtime to get Reels ready for a US launch.

The service debuted last year in Brazil as a testbed for a potential TikTok killer app. Lasso is another Facebook-branded TikTok clone that eventually died. Reels caught on in Brazil and was quickly exported to France and Germany. Just weeks later, it’s launching in 50 more countries, including the US. Despite being a near 1:1 clone of TikTok’s features, Instagram product director Robby Stein says he believes Reels is different.

In an interview with The Verge, Stein said, “I think TikTok deserves a ton of credit for popularizing formats in this space, and it’s just great work,” Stein said. “But at the end of the day, no two products are exactly alike, and ours are not either.”

Ouch. Twitter must be feeling the sting to hear one of its main rivals give credit for the short-form video format to TikTok. Twitter shut down Vine back in 2016 because it didn’t see how it could integrate the product with Twitter.

Now the short-form video format is all the rage, and new platforms (Quibi, Triller) are springing up everywhere. Instagram, Facebook, and even Snapchat are cloning these features to keep their products relevant.

Twitter’s closure of Vine should be viewed as a massive failure. In the same lens as Yahoo having the opportunity to buy Google for $1 million in 1998 and passing it up. Reels’ biggest positive is that it already has a built-in audience in the Instagram app. Anyone with an Instagram account can start creating Reels to share with their friends. With the uncertainty of TikTok’s presence in the United States, expect record growth for Instagram.

Recently, TikTok established a $200 million fund in the US to pay top creators to continue creating for the platform. That move may be an attempt to keep popular stars on the platform as a TikTok ban in the US looms.