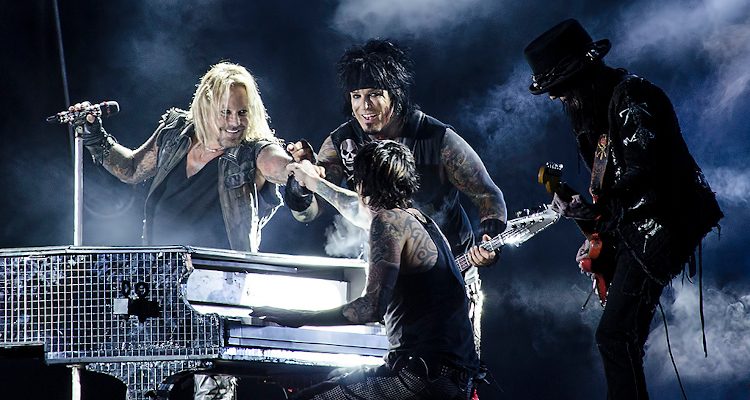 Hipgnosis and Nikki Sixx recently announced the high-profile acquisition in a general release. The agreement covers the entirety of Sixx’s 305-song catalog, though the purchase’s (likely substantial) financial terms weren’t disclosed. Hipgnosis reportedly pays well above the present market value for catalogs, as part of what is a decidedly humongous bet on the long-term earning potential of music IP.

To be sure, one week before acquiring the catalog of Nikki Sixx, Hipgnosis closed a similar deal – albeit for a 50 percent rights stake – with the Wu-Tang Clan’s de facto leader, RZA. Plus, the London-based fund started August by acquiring 100 percent of Barry Manilow’s 917-song catalog, following a number of other investments (including in the catalogs of Mark Ronson and Blink-182 co-founder Tom Delonge) earlier this year.

Hipgnosis’s announcement message concerning the Nikki Sixx catalog chiefly highlights the 61-year-old’s more than four-decade-long career, which has seen him serve as the primary songwriter on all nine of Motley Crüe’s albums. The San Jose, California, native has also penned a multitude of songs for his side projects (58, Brides of Destruction, and, most notably, Sixx:A.M.), besides co-writing tracks for Meat Loaf, Alice Cooper, and Sex Pistols guitarist Steve Jones, to name just some.

Addressing his catalog sale in a statement, Nikki Sixx said: “Merck [Mercuriadis, Hipgnosis founder] and his team at Hipgnosis are an artist-friendly, forward-thinking company. Looking to the future, I am grateful that they will treat my music with great care and respect.”

As was also the case when Hipgnosis revealed that it had acquired the catalogs of Barry Manilow and RZA last month, the fund’s stock (bought and sold as SONG on the London Stock Exchange) mostly held steady following the announcement of this newest purchase. However, shares did experience a small uptick, closing at an even 121 GBX.

On the funding front, it appears that the hyper-leveraged Hipgnosis is well-equipped to continue acquiring high-value catalogs. In addition to capital generated on the public market, Hipgnosis locked down a $189 million credit facility – and refinanced an existing $82 million debt tranche – back in April.

Estimating based upon figures disclosed in its FY 2020 earnings report (ending on March 31st, 2020) and the undoubtedly substantial price of recent catalog acquisitions, Hipgnosis has likely invested north of $1 billion to date.