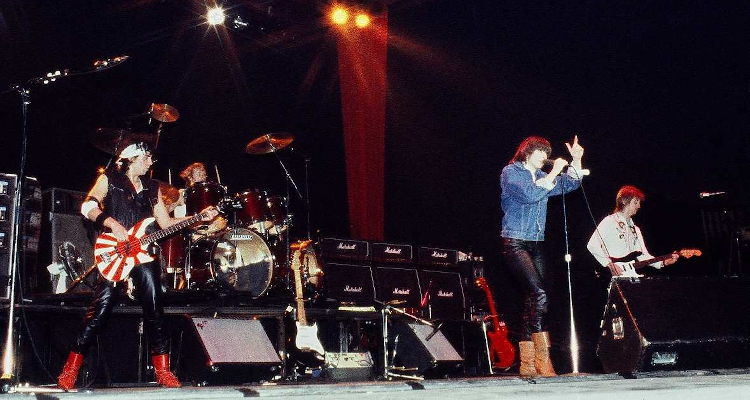 The Pretenders performing in London in 1981, three years after forming. Photo Credit: Ohconfucius

Yesterday, song investment fund Hipgnosis revealed that it had acquired an entire music publisher. Now, in yet another substantial investment, the London-headquartered company has purchased the catalog rights of The Pretenders’ lead vocalist and chief songwriter, Chrissie Hynde.

Hipgnosis announced the high-profile transaction this morning. Under the deal, Hipgnosis has secured full ownership of the 69-year-old’s 164-song catalog, including hits such as “Brass in Pocket,” “Don’t Get Me Wrong,” and “Back on the Chain Gang.” Chrissie Hynde, who was inducted into the Rock and Roll Hall of Fame (as a member of The Pretenders) in 2005, is the sole writer on the latter two tracks. More broadly, the Akron, Ohio, native has released 13 studio albums during her over 40-year career, both with The Pretenders and as a solo artist.

Though the official release doesn’t include a statement from Chrissie Hynde, Hipgnosis founder Merck Mercuriadis struck a decidedly intimate tone (compared to his remarks in other catalog-acquisition announcement messages) when commenting on this latest agreement.

“This is very personal for me. Chrissie is one of my favorite songwriters of all time and The Pretenders are one of my favorite bands of all time,” the former Iron Maiden manager said in part. “I’m proud to say I have been a vegetarian, now vegan for 35 years thanks to the influence of Chrissie, and as a result, I have four grown children that have never had meat pass through them. That’s the power of great songs and music when combined with genuine integrity.”

Hipgnosis typically doesn’t disclose the financial specifics of its deals. However, in placing a massive cumulative wager on the long-term earning potential of music IP, the fund has reportedly paid well above market value for each of its catalogs.

Aside from the above-mentioned catalog and music publisher deals, 2020 has seen Hipgnosis buy 70 percent of Mark Ronson’s catalog and the entirety of Blink-182 co-founder Tom DeLonge’s 157-song body of work. In turn, the two-year-old company has almost certainly invested more than $1 billion to date.

On the day, Hipgnosis shares, traded as SONG on the London Stock Exchange (LSE), held steady at an even 122 GBX ($1.56) apiece.