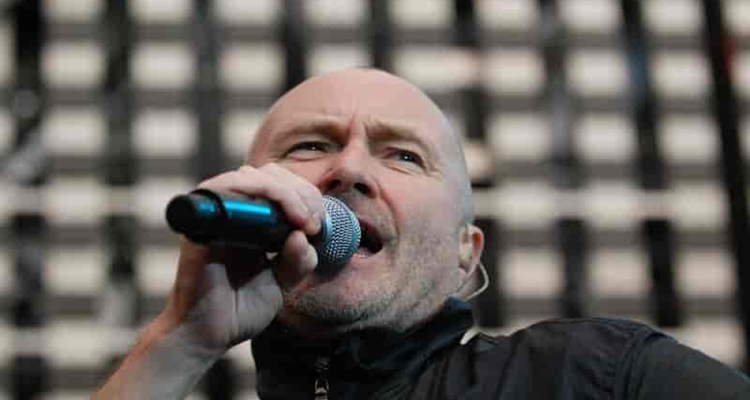 Phil Collins has issued a cease-and-desist order against President Donald Trump after his Iowa campaign rally.

Trump played “In The Air Tonight” at an event in Des Moines, Iowa, on October 14th. During that event, Collins’ iconic 1981 track could be heard in the background. Representatives for Collins say they issued the order. Collins’ cease-and-desist order joins The Rolling Stones and countless others who want their music removed from Trump rallies.

“Yes, we are well aware of the Trump campaign’s use of this song, and we have already issued a ‘cease and desist’ letter via our lawyers who continue to monitor the situation,” the representative says.

Trump has faced stiff opposition from many artists who refuse to have their music played at his campaign events. The estate of Tom Petty, Linkin Park, Neil Young, Panic! At The Disco, and many others joined the list in 2020 alone.

Earlier this year, Neil Young took things a step further by filing a lawsuit against Trump for repeated use of his music. “Imagine what it feels like to hear ‘Rockin’ in the Free World” after this president speaks like it is his theme song,” Neil Young said at the time. “I did not write it for that.” Several artists agree that Trump’s presidency does not reflect the values of their music.

R.E.M. opposed the use of their music all the way back in 2015 – before Trump ever won. They asked Trump to stop playing their music, with lead singer Michael Stipe tweeting, “Go f—k yourselves, the lot of you – you sad, attention-grabbing, power-hungry little men. Do not use our music or my voice for your moronic charade of a campaign.”

Trump also begrudgingly agreed to stop playing Aerosmith music after lead singer Stephen Tyler objected. Adele later objected to the use of her songs “Skyfall” and “Rolling in the Deep” for political purposes. Elton John, Queen, The Beatles, and The Rolling Stones objected later in 2016.

These are just a few highlights of some of the artists opposed to Trump’s use of their music. So welcome to the club, Phil Collins.

Reports surfaced in 2017 that Dee Snider, lead singer of Twisted Sister and a Trump friend, quietly asked Trump not to play “We’re Not Gonna Take It” at his rallies. This is one of the few instances in which someone requested Trump stop without a cease-and-desist – and he actually did.

In 2018, Pharrell Williams sent a cease-and-desist letter to Trump for playing “Happy” at a rally in Indiana. That event took place just hours after a synagogue shooting in Pennsylvania left 11 people dead. Pharrell wrote, “there is nothing ‘happy’ about the tragedy inflicted upon our country on Saturday, and no permission was granted for you to use this song for this purpose.”