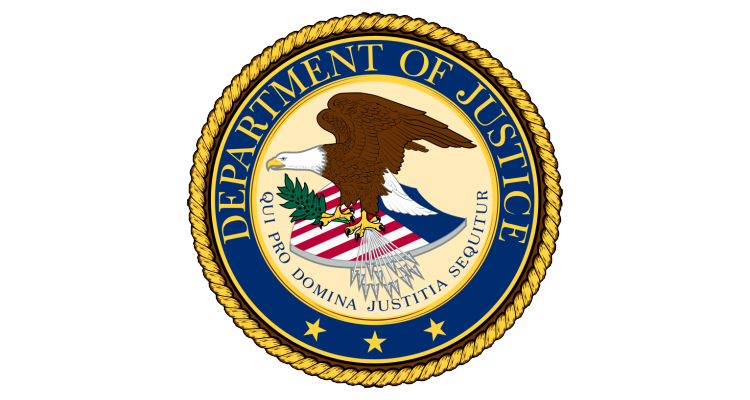 The Department of Justice (DOJ) has officially refused to change the roughly 80-year-old ASCAP and BMI consent decrees.

Makan Delrahim, assistant attorney general for the DOJ’s Antitrust Division, commented on the consent decrees during a remote Vanderbilt University Law School speech, entitled “‘And the Beat Goes On’: The Future of the ASCAP/BMI Consent Decrees.” Significantly, the outgoing DOJ professional touched upon many of the same points that the Justice Department outlined in 2016 when announcing the closure of a separate investigation into the ASCAP and BMI consent decrees.

To recap, the DOJ formally opened this latest inquiry into the eight-decade-old regulations, which dictate the pricing and other operational specifics for performance rights organizations (PROs), back in June of 2019.

BMI and ASCAP, longtime critics of the consent decrees, had promptly come out in favor of an investigation and called on the DOJ to replace the measures “with newly formed decrees that would protect all parties.” Other organizations, including the Frontiers of Freedom, Citizen Outreach, and Institute for Liberty, urged the Justice Department to maintain the consent decrees.

By November of 2019, some sources specified that reform talks had reached a standstill, in part because major music publishers were pushing for a “selective withdrawal” that would have allowed them to opt out of any blanket PRO rates – and, in turn, engage in hardball direct-licensing negotiations.

In the aforementioned 2016 statement, the Justice Department indicated: “Although stakeholders on all sides have raised some concerns with the status quo, the [Antitrust] Division’s investigation confirmed that the current system has well served music creators and music users for decades and should remain intact.” Importantly, Makan Delrahim echoed the sentiment, stating early in his remarks that “many licensees expressed the view that the decrees are largely working.”

And after highlighting the nuances of the consent decrees – assuring instant access to music for licensees, guaranteeing the “same license terms to similarly situated users,” providing five-year membership caps for creators, and more – the outgoing assistant attorney general turned his attention to two topics of “particular disagreement,” partial withdrawal and fractional licensing.

These considerations, and especially the latter, made up the majority of the Justice Department’s 2016 report, including in terms of negotiations and logistical hurdles (“if the licenses were fractional, they would not provide immediate use of covered compositions”) and inconvenience for licensees (“music users seeking to avoid potential infringement liability would need to meticulously track song ownership before playing music”).

But Delrahim briefly acknowledged the 2017 Second Circuit ruling on fractional licensing in his speech and relayed that a partial withdrawal (wherein creators could allow PROs to license their work to certain clients but not others – likely excepting digital streaming services, to bolster rates during negotiations) “would likely require modification of the decrees, or an act of Congress.”

Delrahim then segued into “three essential points that should guide” future efforts to reform the consent decrees. The first concerns the idea that “the ultimate goal [of reform initiatives] should be a market-based solution that ensures songwriters, publishers, and other artists are compensated fully,” including by monitoring the decrees and modifying them to promote competition “where market realities require.”

The second point centers on assuring that songwriters and other rightsholders aren’t “shortchanged” by the consent decrees. “In the future, songwriters and other music creators—most of whom lack the financial resources, clout, and sophistication of larger market players—should not be placed at a competitive disadvantage. Provisions of the decrees that shape the market in ways that benefit entrenched participants, or that result in lower royalties for rightsholders than a free market would, warrant particular scrutiny.”

Lastly, Delrahim said, “Compulsory licensing is not the answer. … Too often, however, it has been creators—songwriters, artists, and other rightsholders—who have received the short end of the stick under compulsory licensing, necessitating reforms like the recent Music Modernization Act, by Congress.”

And like the 2016 DOJ statement, Delrahim indicated that future BMI and ASCAP consent-decree reviews should occur every half decade. “The ASCAP and BMI consent decrees should be reviewed every five years, to assess whether the decrees continue to achieve their objective to protect competition and whether modifications to the decrees are appropriate in light of changes in technology and the music industry,” he said.

In one of the many reactions emailed to Digital Music News, the MIC Coalition said of the Justice Department’s decision, in part:

“The announcement essentially reconfirms the finding of the previous Administration which concluded that the music industry has, ‘developed in the context of, and in reliance on, [the ASCAP and BMI] consent decrees and that they therefore should remain in place.’ We could not agree more with such sentiments. The ASCAP and BMI consent decrees guarantee a competitive and efficient licensing regime that benefits songwriters and music licensees, alike.

“Maintaining this framework will ensure that millions of American businesses can efficiently and fairly pay for the right to play and perform live and recorded music, which is crucial as venues struggle to open their doors again in the wake of the pandemic, and as more Americans access music from an ever-growing array of platforms.”