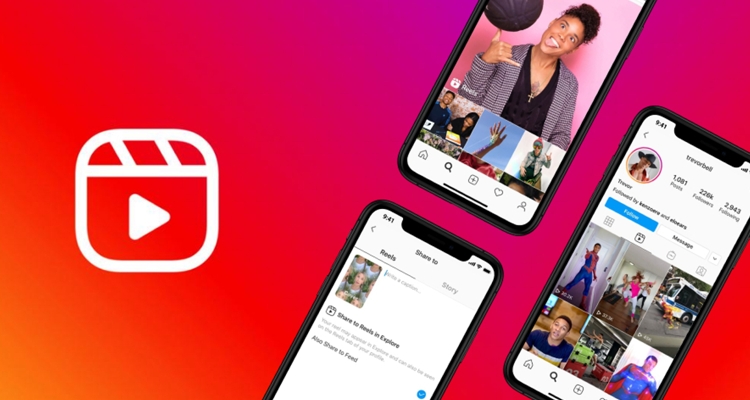 Instagram is taking a stand against TikTok videos ending up on its Reels platform. It will no longer promote videos with a TikTok watermark in its Explore feed.

Social media often encourages recycling posts across multiple platforms. But Instagram wants to stop TikTok videos from appearing on its service. Instagram has announced some changes to its algorithm and how it will recommend Reels to users.

Instagram says the incoming changes to best practices are there to give creators guidance on how to make content that is “more likely to be promoted.” Guidance now suggests creators should make Reels as vertical videos and to start trends that may go viral.

TikTok has already created several viral trends, including Fleetwood Mac skateboarding, singing sea shanties, and even a Broadway-style re-imagining of Pixar’s animated film, Ratatouille. Instagram wants a piece of that pie, and it’s cleaning up the feed to get there. Any Reels that feature lots of text, are blurry, or have a watermark or logo won’t show up in the Explore feed as frequently.

The last thing Instagram wants to see Reels become is a walking advertisement for TikTok.

“We’re building on what we’ve learned from Explore to recommend fun and entertaining videos in places like the Reels tab, and personalize the experience,” an Instagram spokesperson told The Verge. “We are getting better at using ranking signals that help us predict whether people will find a reel entertaining and whether we should recommend it.”

Initially, Instagram Reels was happy to have TikTok watermark content to fill it out – now it’s not so sure.

But Instagram wants Reels to be the primary place to go to upload short-form videos, not an alternative. These guidelines will force people to create the same video in two places if they maintain both Instagram and TikTok accounts. Creators may even have to prioritize which social media service they want to use.

TikTok’s user growth can continue unabated without facing any restrictions from the U.S. government. The Biden administration has signaled that it is still conducting national security reviews, but it won’t force the TikTok Global deal at the core of the Trump administration’s TikTok executive orders.