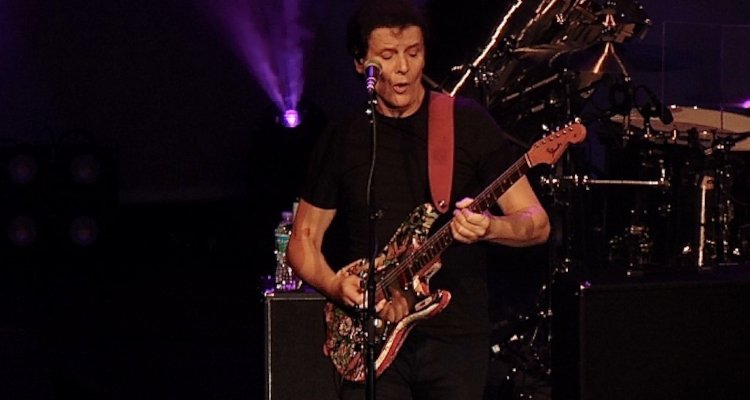 Round Hill Music (LON: RHM) unveiled the high-profile catalog investment this morning, via a formal release that was shared with Digital Music News. Though this announcement message doesn’t disclose the deal’s financial specifics, it does note that Johannesburg, South Africa-born Trevor Rabin’s catalog encompasses “3,528 film cues and songs.”

The 67-year-old Rock and Roll Hall of Famer Rabin boasts songwriting credits on Yes tracks including 1994’s “The Calling,” 1983’s “Changes,” and what is perhaps the group’s best-known song, 1983’s “Owner of a Lonely Heart.” Additionally, the Rabbitt co-founder Rabin has released five studio albums as a solo artist, the newest of which, Jacaranda, debuted in 2012.

On the film-composition side, Rabin’s catalog includes a “highly significant” collection of scores, as the 11-time BMI Award winner has crafted the music for well-known movies like Remember the Titans (2000), Bad Boys II (2003), National Treasure (2004), Get Smart (2008), and G-Force (2009), among many others.

Regarding the purchase’s specifics, “the catalogue is being acquired by funds managed by Round Hill (including the Company) of which Round Hill’s interest represents 50%,” the release indicates. Additionally, “the acquisition includes the publisher’s share and writer’s share of the relevant copyright interests, as well as administrative control enabling Round Hill to control the sync licensing of the catalogue rights.”

Addressing the purchase in a statement, Round Hill chairman and CEO Josh Gruss said in part: “Trevor Rabin is an iconic songwriter who has authored major hits from his time with Yes, one of the most important progressive rock bands of the 1980s and 1990s, in addition to an irreplaceable portfolio of film score compositions spanning decades representing a lifetime of work from one of the masters of the genre.

“We believe this is a particularly attractive area in which to be increasing our exposure, as film and TV performance revenues continue to increase in value,” he proceeded.

As initially mentioned, UK-based song-investment fund Hipgnosis acquired Fleetwood Mac keyboardist Christine McVie’s catalog earlier this week, having kicked off 2021 by finalizing a deal with Lindsey Buckingham, the group’s former guitarist. More broadly, despite these and all manner of other music-IP investments from Hipgnosis – as well as the seemingly substantial sales prices they’re contributing to – different entities are continuing to drop sizable sums on catalogs.

Bearing these points (along with the considerable amount of new music that becomes available to fans daily) in mind, it’s worth noting in conclusion that catalog releases – or those that are over 18 months old – now account for two-thirds of all music consumption in the U.S., according to MRC Data.