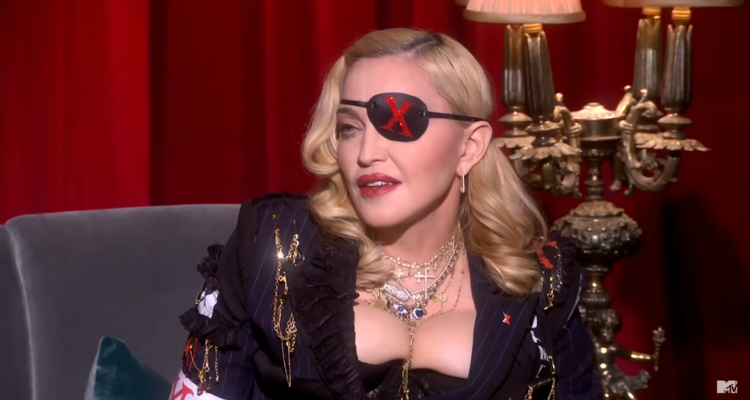 Warner Music Group unveiled its global partnership with Madonna in a formal release this morning – the seven-time Grammy winner’s 63rd birthday. Though Madonna’s Interscope/Universal Music Group contract expired back in August of 2020, having arrived after more than 25 years with Warner Music, it’s worth mentioning at the outset that her newest agreement with the latter record label, unlike David Guetta’s reportedly $100 million contract with WMG, doesn’t encompass future recordings.

These three newest albums from the Bay City, Michigan, native “will join the Warner catalog beginning in 2025,” the release discloses, while Warner Chappell already “globally administers all of Madonna’s songwriting work,” including hits such as 1985’s “Into the Groove” and 1989’s “Like a Prayer” (both of which were also produced by Madonna).

Next, as 2022 will mark the 40th anniversary of the 28-time Grammy nominee’s recording debut, Warner Music and Madonna are set to roll out “an extensive, multi-year series of catalog releases that will revisit the groundbreaking music that made her an international icon.” And “for the first time, Madonna will personally curate expansive deluxe editions for many of her landmark albums, as well as introduce unique releases for special events, and much more,” the text indicates.

Madonna – one of the richest female musicians in the world – addressed her newly finalized WMG agreement in a brief statement, relaying: “Since the very beginning, Warner Music Group has helped bring my music and vision to all my fans around the world with the utmost care and consideration. They have been amazing partners, and I am delighted to be embarking on this next chapter with them to celebrate my catalogue from the last 40 years.”

Lastly, the lengthy release notes that Madonna is preparing to make MADAME X available to U.S. fans exclusively on Paramount+ on Friday, October 8th. Filmed in Lisbon, Portugal, the work aims to capture “the pop icon’s rare and rapturous tour performance” and will follow a brief 2019 documentary, World of Madame X, that Amazon released shortly after the debut of the namesake album.

The points, in coordination with the fact that Madonna has been the subject of several other documentaries yet, bear reiterating because Warner Music Entertainment inked a visual media production partnership with Lightbox late last week. As part of the deal, the companies will “co-produce, co-develop and co-finance” a number of “non-fiction film and TV projects.”