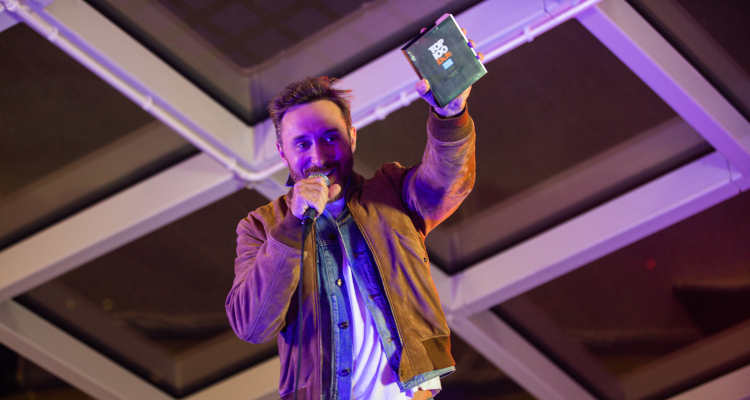 Paris-born DJ David Guetta has sold his recorded catalog to Warner Music Group (WMG) as part of a broader “worldwide pact” worth a reported $100 million.

New York City-headquartered Warner Music Group announced the high-profile deal via a formal release this morning. Under the “career-spanning, groundbreaking” agreement that the 53-year-old David Guetta inked with WMG, the latter has secured Guetta’s recorded catalog “from the last two decades.”

The two-time Grammy winner (and nine-time nominee) Guetta’s agreement with the Big Three label also encompasses “future recordings.” For reference, the “Titanium” creator released his first studio album, Just a Little More Love, in 2002, while his seventh and most recent album, the aptly titled 7, arrived in 2018. However, the release emphasizes that the DJ has unveiled eight tracks to this point in 2021, with another single set to debut in July.

The announcement message doesn’t disclose the financial terms of the contract, but the Financial Times, citing an anonymous source with knowledge of the matter, has reported that the deal was worth a total of $100 million or so, factoring both for the recorded-catalog purchase and the future recordings. Notably, Jean-Charles Carré, Guetta’s manager, indicated in a statement that multiple parties besides WMG were looking to buy the IP.

“A lot of people approached us to express interest in David’s catalogue. We decided to continue our partnership with Warner because they have a knowledge of and passion for David’s music, with a global team that’s constantly working to place it in new contexts.

“We’re super-excited about some of the deals they’re striking with new partners and their expansion into new territories. This is about proactively working David’s catalogue and new music together,” finished Carré, whose client first released an album via WMG (and specifically Atlantic) in 2014, with Listen.

Though 2020 brought with it all manner of noteworthy (and decidedly expensive) catalog sales, a number of companies have continued to make substantial bets on the long-term earning potential of music IP in 2021. To be sure, Mick Fleetwood kicked off the year by cashing out of his own (300-track) recorded catalog, whereas Round Hill Music acquired Collective Soul’s catalog and closed a futures deal with frontman Ed Roland.

Sun Records’ famed catalog sold for a reported $30 million in January, while David Crosby, Linda Ronstadt, Paul Simon, and, most recently, the Red Hot Chili Peppers, have likewise exchanged their catalogs for large paychecks to this point in 2021. Lastly, late April saw Concord acquire the 145,000-plus catalog of Downtown Music in a reportedly $300 million transaction.