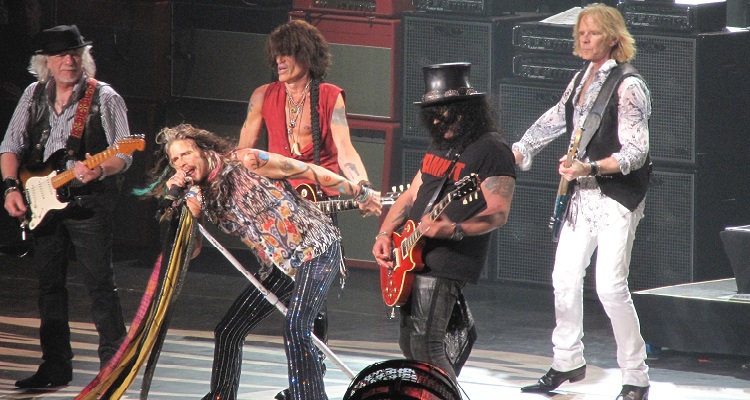 Details about these new music releases and visual-media projects will become available “shortly,” Universal Music Group specified. Also on this front, the leading record label – over seven percent of which now belongs to Pershing Square Holdings – is set to formally assume ownership of Aerosmith’s recorded catalog next year. Plus, the Vivendi subsidiary will “make use of unprecedented access to the storied ‘Vindaloo Vaults’ and personal archives of band members Steven Tyler, Joe Perry, Tom Hamilton, Joey Kramer and Brad Whitford.”

Addressing the deal in a statement, Aerosmith lead guitarist and co-founder Joe Perry said: “It’s been a long road but I’m extremely happy and proud to say on behalf of Aerosmith we have been able to bring our 50 years of music under one roof by partnering with UMG.

“This will allow us to bring our music to our fans in ways we never were able to before. It’s something we’ve dreamed about happening for a long time. It’s a win for Aerosmith, UMG and ultimately our fans. Needless to say we are very excited. It’s an incredible way to celebrate 50 years and the many more years to come,” finished the 70-year-old Perry, whose newest solo album, Sweetzerland Manifesto, released in 2018.

Aside from the aforementioned partnership with Madonna, Warner Music Group in June acquired French DJ David Guetta’s recorded catalog (the deal also includes future releases) for a reported $100 million. More broadly, the Aerosmith contract represents the latest in a long line of noteworthy plays from Universal Music, which last week finalized an exclusive partnership with London-based Moonbug Entertainment and moved to establish a greater market presence in China.