The Venue Where Dimebag Darrell Was Murdered Has Been Demolished 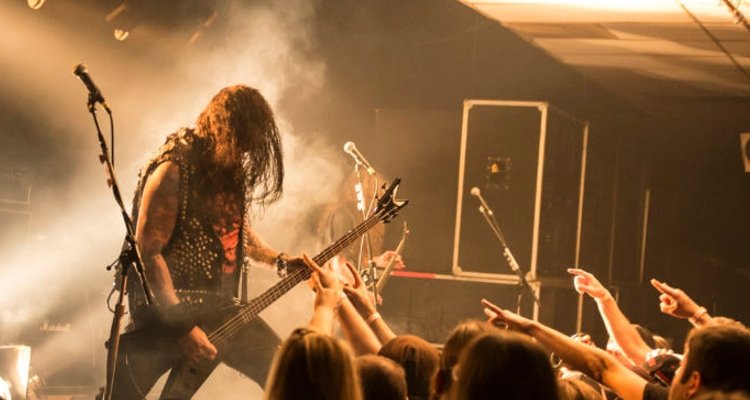 The venue where Dimebag Darrell was shot and killed, Alrosa Villa, has been demolished in Ohio.

The venue was located in Columbus, Ohio and was a popular spot for metal bands to perform. Dimebag Darrell was tragically killed when a gunman rushed onstage and shot him on December 8, 2004. The building was razed December 8, 2021 – 17 years to the day after his death.

According to a report from the Columbus Dispatch, the venue was cleared for new affordable housing. The lot on which the venue sat was put on the market in 2019 for $1.295 million for 7.2 acres, a liquor license, and equipment. The venue hosted metal acts for 45 years. A post from the Alrosa Villa Facebook page reads:

“We’ve seen stars born here, unfortunately, we’ve had stars pass away here, but the one thing that can never been taken away from us is the amazing memories we’ve all created along the way with magical people inside of this magical place.”

“I don’t personally like how the media always chose to portray the venue when talking about it because they always chose to drag it down with negativity because of the unfortunate passing of Dimebag Darrell. But that shouldn’t be what defines Alrosa as a whole.”

Dimebag Darrell was playing with Damageplan in 2004 when gunman Nathan Gale stormed the stage. A police officer who arrived on the scene later fatally shot the gunman. It is speculated that the gunman may have held a grudge against Darrell for the dissolution of Pantera. You can see a YouTube video of the iconic venue in Ohio being demolished to make way for new housing.

Pantera social media accounts also posted a tribute to their slain brother. “The world lost an amazing guitar player & all around awesome guy on this day 17 years ago. Thank you all for keeping his memory alive! RIP Jeffery ‘Mayhem’ Thompson, Erin Halk, Nathan Bray who also gave their lives to help save Dime.”