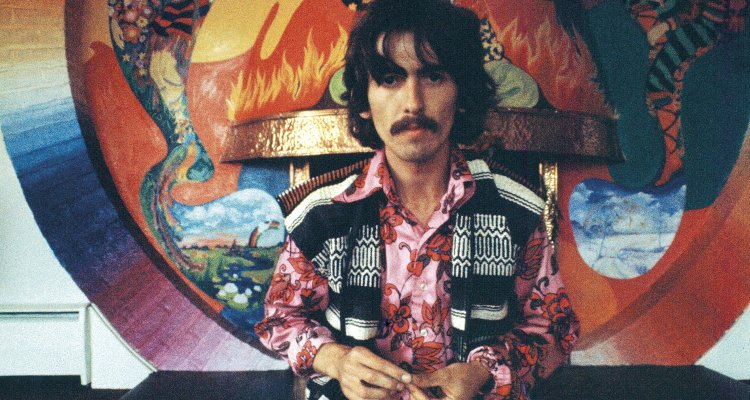 One week after reporting double-digit revenue growth for 2021, BMG has finalized a global publishing administration agreement with the estate of George Harrison.

The Bertelsmann subsidiary unveiled its new pact with the George Harrison estate this morning, emphasizing that the deal builds upon an existing partnership with Dark Horse Records, which Harrison founded in 1974.

BMG since 2020 has served as the “global partner across recorded music, music publishing, and merchandise” for Dark Horse, which released Harrison’s solo projects and, before that, albums from Ravi Shankar and The Stairsteps, to name some. On the merch front, “DH Merchandise, a one stop-shop offering creative design through to fulfillment,” has launched webstores for Joe Strummer and Johnny Ramone (besides Harrison, of course).

Back to the publishing union between the Beatles guitarist’s estate and BMG, however, the Berlin-headquartered company is set to administer the more than 200-track Harrisongs catalog.

Included within the sizable collection are songs that Harrison wrote for the Beatles (like “Here Comes the Sun,” “While My Guitar Gently Weeps,” and “Something”), the 12 albums that he released as a solo artist, and his work as part of the Traveling Wilburys with Bob Dylan, Roy Orbison, Jeff Lynne, and Tom Petty.

Addressing the deal with BMG – which released his debut solo album, In Parallel (2017) – Dhani Harrison said: “I’m delighted to announce that my father’s song catalogue will be joining BMG/Dark Horse Records. We have had a longstanding and successful partnership with BMG over the years and we look forward to continuing to expand our relationship well into the future.”

And in a statement of his own, BMG CEO Hartwig Masuch acknowledged that the Harrison estate is “fiercely protective” of the “Taxman” songwriter’s legacy.

“George Harrison stands at the pinnacle of what it means to be an influential and successful artist and humanitarian. It is telling that of the 188 original songs released by the Beatles during their career, it’s George’s ‘Here Comes The Sun’ which is by far the most played on Spotify,” said 67-year-old Masuch.

“It is an honor for all of us here at BMG now to be representing the Harrisongs catalogue. The Harrison Estate is rightly fiercely protective of George’s legacy and we will do our best to reward their faith in us,” he concluded.

Between music-consumption stats and multimillion-dollar catalog sales, the continued popularity of legacy acts is hardly a secret. George Harrison’s solo work currently boasts 6.65 million monthly listeners on Spotify, against 2.55 million for the Traveling Wilburys and, for further reference, 1.49 million monthly listeners for Run the Jewels (who released their fourth studio album via BMG), 6.12 million for Neil Diamond, and 6.27 million for Def Leppard.