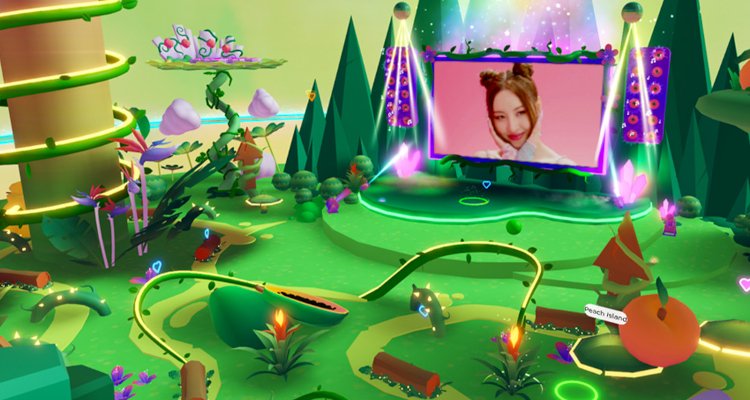 A screenshot of Spotify Island in the Roblox metaverse. Photo Credit: Spotify

Spotify has officially arrived in Roblox by launching Spotify Island, a virtual “paradise of sound where fans and artists from all over the world can hang out and explore a wonderland of sounds.”

Stockholm-based Spotify and San Mateo-headquartered Roblox unveiled their collaboration via a formal release today. The companies’ pact arrives days after Lizzo’s pioneering performance at a metaverse music-awards show – and following all manner of other tie-ups between the music industry and interactive digital universes.

In closing today’s deal, Spotify – which, like Roblox, has suffered a noteworthy stock-price decline since 2022’s beginning – became “the first music-streaming brand to have a presence on Roblox,” according to the involved parties.

Predictably, based upon the nuances of past Roblox events, players will have the chance to secure “exclusive virtual merch” and “mingle with artists” on Spotify Island, besides completing “interactive quests” and unlocking “exclusive content.”

Perhaps the most interesting component of the partnership concerns the generation of original music, however, for Spotify and Roblox emphasized that players will have the opportunity to “create new sounds together,” specifically “at the virtual beat-maker stations powered by Soundtrap.” Spotify acquired the latter, an online recording-studio startup, back in 2017.

Needless to say, this element of the union could lay the groundwork for players’ creating music in-game and then uploading the content directly to Spotify. Widely accessible music-creation platforms have proven popular as of late, with Soundful, which says that it “enables anyone to create incredible music quickly,” having pulled down $3.8 million in funding last month.

Additionally, Roblox-focused (and AI-powered) startup Splash completed a $20 million Series A in November of 2021. Without possessing any experience with or knowledge of instruments, players can utilize the in-game service to craft and release music – some of which has gone on to make a surprisingly large “splash” outside of Roblox.

Back to the specifics of Roblox’s Spotify Island, though, this “main” island will allow gamers “to portal out to the themed islands that will come to life throughout the year.” The first of these themed experiences, K-Park, is set to serve as “an homage to all things K-Pop” and roll out (with artists Stray Kids and SUNMI) “later this spring.”

Finally, regarding the revenue from in-game merchandise, Spotify said that it will give its “portion of those sales…directly back to the artists themselves.”

In April, Spotify rebranded its Greenroom live-audio offering, invited Swedish House Mafia to host the first-ever real-time DJ set on the service, embraced video podcasts, and announced an open-source fund for independent developers. SPOT is down nearly 56 percent on the year but up about 12 percent across the last month, at $108.47.