Foreigner Performs for U.S. Troops in Eastern Europe: ‘These Warriors Are Having a Very Beneficial Impact on the Ukrainian Situation’ 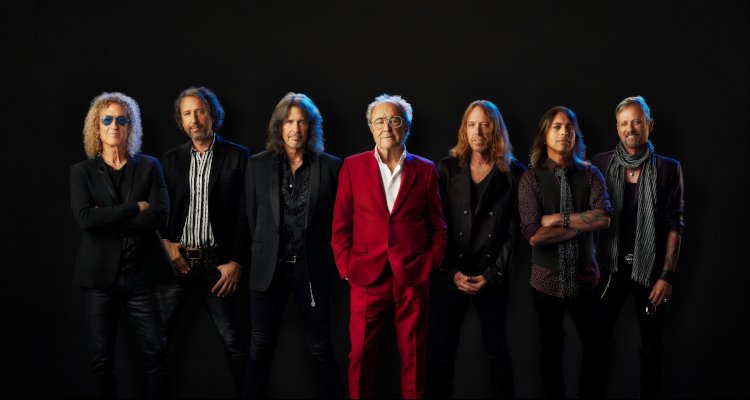 Foreigner last week performed a series of United Service Organizations (USO) shows in Eastern Europe, billing the gigs as the first such concerts since “the deployments to the area began this spring.”

Representatives for 46-year-old Foreigner reached out to Digital Music News with word of the shows, indicating that the three-time Grammy-nominated act “was proud to be the first band to perform USO events for our troops in Eastern Europe since the Russian invasion of Ukraine.”

While Foreigner’s description of the happenings doesn’t disclose exactly which songs were played, some of the legacy group’s most popular tracks include “I Want to Know What Love Is,” “Hot Blooded,” “Cold as Ice,” and “Waiting for a Girl Like You.”

Foreigner, including 77-year-old original member Mick Jones and 61-year-old lead singer Kelly Hansen, were also “treated to opportunities to visit with the fine men and women of the US military,” their team said, and had firsthand experiences with “some of the armored vehicles deployed at the bases.”

Addressing the shows his band delivered to soldiers stationed in Eastern Europe, Hansen said: “We always welcome the opportunity to perform for the awesome troops of the US military. I’m not at liberty to say where we performed, but these warriors are having a very beneficial impact on the Ukrainian situation and we thank them for their dedication and devotion to safety, security, and democracy.”

The PR pros behind Foreigner likewise touted the $100,000 that the band raised for Red Cross relief efforts in Ukraine, including by donating a portion of revenue from their Las Vegas residency shows and by giving hand-signed guitars to attendees who contributed at least $1,000 to the cause.

Finally, U2 a little less than four weeks ago threw a surprise concert in a Kyiv subway station, whereas Pink Floyd kicked off April by partnering with a Ukrainian musician to release a charity track entitled “Hey Hey Rise Up.”