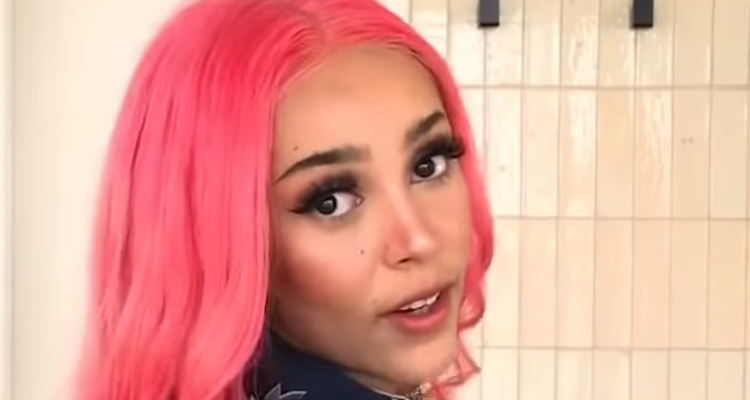 A little less than two months after releasing a documentary about XXXTentacion – and one month following the announcement of a Machine Gun Kelly documentary – Hulu has reportedly ordered a series inspired by Spotify’s popular RapCaviar playlist.

Multiple television and film outlets have reported on the forthcoming Hulu series centering on RapCaviar, which boasts 14.56 million followers on Spotify and has long showcased high-profile hip-hop tracks. In addition to creating the above-mentioned documentaries, Hulu in May expanded its music industry presence by becoming the exclusive livestreaming partner of Lollapalooza, Bonnaroo, and Austin City Limits.

Meanwhile, RapCaviar itself has released visual media projects in the past – including New Cash Order, a four-part docuseries that debuted back in February of 2020 and told the story of the famed Cash Money Records.

But this newest series, entitled RapCaviar Presents, will arrive on Hulu sometime later in 2022, according to The Hollywood Reporter. Spotify and Sony Pictures Television’s IPC will reportedly drive the creative direction of the show, which is set to feature the likes of Doja Cat, Megan Thee Stallion, Saweetie, Jack Harlow, and Tyler, the Creator, to name a few.

With Karam Gill serving as executive producer, these and other artists are expected to discuss “major cultural topics” as part of the docuseries, per the same outlet. But concrete details about the program haven’t yet surfaced, and neither Hulu nor Spotify looked to have published a formal release about the project at the time of this piece’s writing.

In any event, the development represents the latest in a line of efforts from Spotify to leverage (and draw revenue from) its large userbase and role as a music-discovery tool.

Having started allowing artists and labels to influence listener recommendations (at a cost) years back, the Heardle owner Spotify to this point in 2022 has rolled out an enhanced “live events feed,” embraced NFTs, and expanded its options for advertisers.

Regarding the viewership potential of RapCaviar Presents, the dedicated fanbases and years-running commercial growth of hip-hop are hardly a secret. Several hip-hop labels opened their doors in 2021, and SoundCloud in February of 2022 signed an artist-discovery deal with Solid Foundation Management, which works with Migos, Lil’ Yachty, Lil Baby, and City Girls.

More recently, Yo! MTV Raps returned with new episodes in May over 25 years after its original run. A number of artists and executives have appeared on the Paramount+ reboot’s first eight episodes, which span about 22 minutes apiece.