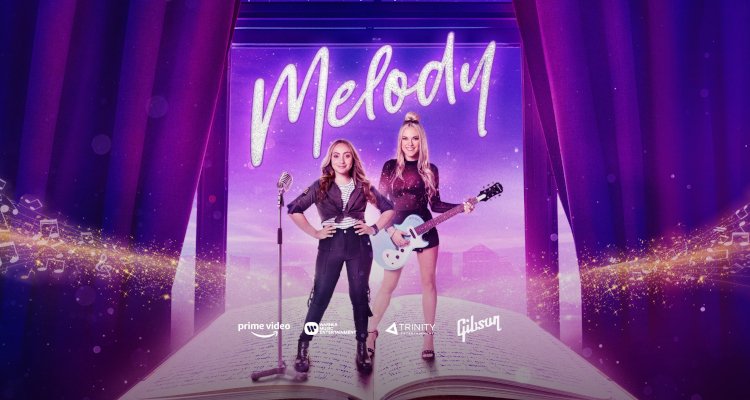 A promo image for Melody, which is scheduled to debut on Prime Video on February 22nd. Photo Credit: Warner Music Group

The Big Three label formally announced the 13-episode project’s quick-approaching release this morning. Entitled Melody, the program is scheduled to debut on Prime Video (in the U.S. as well as Latin America) on Wednesday, February 22nd.

Jose Luis Pagan created Melody and likewise serves as showrunner and executive producer on the song-centered program, which, according to higher-ups, “explores love and romance, but also addresses the relevant subjects of bullying, social justice, equality, the pressure to fit in, and complicated family situations.”

The aforesaid lead actresses will offer renditions of the tracks “in each episode,” the parties behind the show made clear. And needless to say, Warner Music Latina is poised to release and promote the works at hand; a Melody showcase, including a live performance from Gagliardi and Lenore, is expected to take place at Miami’s Content Americas next week.

Lastly, in terms of the newly detailed series’ specifics, the nuances of the initially disclosed Gibson partnership are unclear. But Lenore has already donned Gibson apparel in multiple photos uploaded to social media, suggesting that the sponsorship might not be confined to the show.

Addressing the debut (and viewership potential) of Melody in a statement, WME president Charles Cohen said in part: “Melody is a compelling, family-friendly, musically driven series that taps into the explosive Spanish language market, while transcending cultures with its universal messages. We’re incredibly excited to partner with our colleagues at Warner Chappell and Warner Music Latina, along with Trinity Entertainment, as we premiere Melody on Prime Video.”

Regarding the numbers behind “the explosive Spanish language market,” the IFPI previously indicated that Latin America’s music industry revenue had hiked by over 31 percent in 2021 – the most of any region except MENA. (Portuguese-speaking Brazil made a substantial contribution to the income growth, however.) Additionally, reports have found that Latin music became increasingly popular in the States during 2022’s opening half.

More broadly, it’s hardly a secret that film and television sync placements brought about significant commercial results for multiple tracks – Kate Bush’s “Running Up That Hill” chief among them – last year. And with the marketing reach and budget of a major label (as well as the efforts of the lead artists/actresses) behind them, it’ll be interesting to see how the original tracks of Melody fare with fans.