Does the World Really Need NPR? 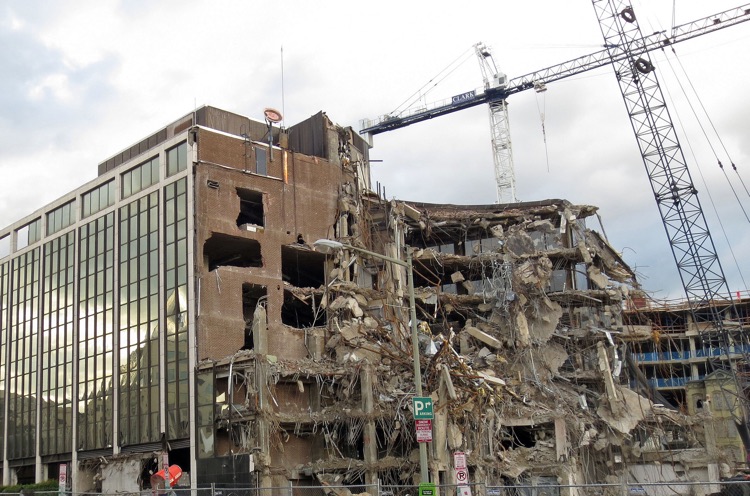 Trump wants to cut federal funding to National Public Radio (NPR).  Is that such a bad thing?

Before you rip me a listener-supported new one, I’ll start with this.  I listen, without fail, to NPR every single day.  Sometimes for just a few minutes, other times for hours on end.

I’ve also donated more than $10,000 to public radio stations over the past decade.

But I can imagine my life without it.  Pretty easily, actually.

What am I listening to, exactly?  Here in LA, I’m regularly tuning into NPR stations like KPCC and KCRW (not to mention listener-supported stations like Classical KUSC).  I’m also subscribed to NPR podcasts (not to mention Serial podcast binging back in the day).  Most of the time, I love it.

So I’m actually the last person who should be questioning whether the world really needs National Public Radio.  But I’m starting to think it doesn’t.

NPR boasts unbiased, in-depth reporting.  And it is.  But they’re not the only ones.  If the lights at NPR went out tomorrow, there would be dozens of other options to vet through the same world circus.  Sources I trust.

Or, maybe there’s better stuff out there that I’m ignoring.  Even a die-hard liberal can’t deny the stuffy liberalism that infuses almost every second of NPR’s reporting.  The pompous accents, the ridiculous pronunciations, the topic selection, it’s all baked in.  And it’s not just a style problem.  That type of fume-breathing kept me out of the loop ahead of the biggest political shock of our era.

NPR was blindsided.  And as a regular listener, so was I.  Now, the leader of the blinding force wants to turn off the lights on NPR.  Go figure.

But I’ve realized something else about mainstream news.  You can’t NOT read it.  The mechanisms for delivering information are so powerful, so in-your-face, I can’t NOT know what’s going on (and I’ve tried).

But the same is now true for music.  One day, I realized that I wasn’t listening to KCRW and KUSC that much anymore.  I stopped turning on KPCC in the shower.  But I’m still listening to hours and hours of music a day.  What’s going on?

Well, it turns out that I’m listening to Spotify playlists and podcasts almost non-stop.  And half the time, the podcasts don’t have any music in them!

But I still only have the same amount of hours a day to listen to music.  Things get squeezed.  All of which brings me to the question that popped in my mind as Donald Trump threatened to cut the cord on the Corporation for Public Broadcasting’s $450 million budget.

What would my life be like without National Public Radio?

The simple answer is that I’d survive.  There are dozens of overlapping alternatives.

But maybe public stations would survive without the funding.  This morning, the head of the CPB, Patricia Harrison, warned that cuts would herald “the collapse of the public media system itself and the end of this essential national service”.  But I wonder if riled-up listeners would fill in the gap, if only to keep the lights on at defiant, honest stations.

Look no further than groups like the ACLU and Public Citizen, both of whom have re-energized funding levels to combat Donald Trump.  In fact, I’m starting to think that some of these hardscrabble public stations might even do better if faced with a federal funding crisis.

And they wouldn’t have to kiss anyone’s ass in Washington.  Sounds like the start of some truly differentiated, world-changing reporting.

And something that truly can’t be replaced.