0 for 3: YouTube Once Again Begs Users to Turn Against Article 13 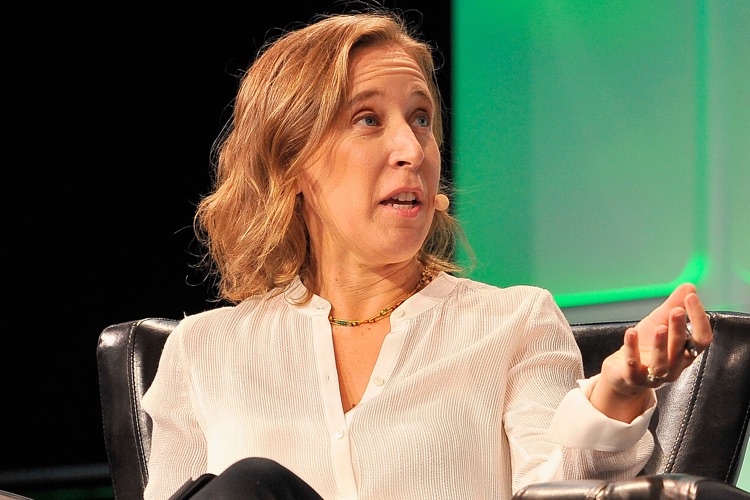 Fearful over Article 13’s imminent passing, YouTube’s Susan Wojcicki rails against the EU bill once more.  But, how long will she – and other company executives – continue to neglect paying copyright owners their fair share?

Several months ago, in a major victory for content creators, the European Union approved a controversial bill – the Copyright Directive.

The IFPI found that despite having 1.8 billion monthly visitors, YouTube pays the music industry under $1 per user.  With notably fewer users, Spotify pays around $20.  The video platform is also responsible for fewer people subscribing to a streaming service, according to recent research.

And, no, Google’s recently-published anti-piracy study ‘revealing’ $6 billion in payouts to the music industry doesn’t count.

So, to rally support against the bill’s imminent passing in January, Susan Wojcicki, YouTube’s unpopular CEO, had an idea.  Why not garner the support of its hopelessly exploited and neglected content creator community?

Engaging in scaremongering over the “EU meme ban,” Wojcicki told creators that the bill posed a “threat to [their] livelihood.”  Keep in mind that only 3.5% of all content creators earn enough each year to pass the federal poverty line.  So, unless you’re PewDiePie or Yuya, don’t expect to ever make enough money on the popular video platform.

So, Lyor Cohen tried his hand at influencing major music executives in his monthly newsletter.  Speaking with a management company about its ‘success’ on the video platform, Cohen promoted baseless arguments against the bill.  Without citing any proof, Cohen stated that the bill would have “severe unintended consequences for the music industry.”

Undeterred, Wojcicki has come forward once again to deride Article 13.  And, she’s done so without providing a single piece of evidence to support her laughable argument.

Hoping to garner support against the Copyright Directive, Wojcicki has published an essay in the Financial Times.

According to her, “creativity” has long served as the “guiding force” of her life.  Seeing an opportunity to work with a platform that allows creators to “share their voice, inspire their fans and build their livelihoods,” Wojcicki joined YouTube as its CEO.

Never mind the company’s continually-updated monetization policies designed to pay less to creators and singers in advertising revenue.  Clearly, that doesn’t count as a “threat” to creators’ livelihoods, nor its ridiculously low payouts.

Citing Google’s unverifiable study once again, Wojcicki claims the music industry has earned over €1.5 billion ($1.7 billion) in advertising revenue.  Yet, Article 13 serves as a threat to YouTube’s creator economy.

Paradoxically, she also confirms that the Copyright Directive would hold the video platform “directly responsible for any copyright infringement.”  Yet YouTube has routinely argued that infringement isn’t a problem on its platform.

Echoing Cohen’s argument, Wojcicki claims the bill will create “unintended consequences.”  This will create a “profound impact on the livelihoods of hundreds of thousands of people.”

She paints European Parliament’s approach as “unrealistic” because copyright owners often disagree over who owns what rights.  Using ‘Despacito’ as an example, she states the video “contains multiple copyrights, ranging from sound recording to publishing rights.”

Yet, last time I checked, YouTube, not ‘Despacito,’ was at the center of multiple copyright infringement controversies.  But, never mind things like ‘facts’ for Wojcicki, or the video platform as a whole.

Because songs like ‘Despacito’ have multiple copyright owners, she adds the video platform would struggle to license the video.  Thus, the company would have to block the video and all others from ever appearing on the platform.  No company, she continues, “could take on such a financial risk.”

Of course, this would hurt all YouTube’s bottom line, including its already floundering streaming music service.  Blocking music videos from appearing on its platform means the company would earn less from advertising revenue.  The company’s 1.8 billion users, including music fans, would also jump ship to another platform, like IGTV or Facebook.

Again, Wojcicki doesn’t allow things like ‘reality’ to interfere with her argument.

“We believe Content ID provides the best solution for managing rights on a global scale.”

One key question stands out – can’t Content ID peacefully co-exist with Article 13?  After all, the Copyright Directive would force major tech companies to install a copyright filter.  YouTube already has one.  So, what’s she decrying, exactly?

Avoiding that question, she explains the bill would “go beyond financial losses.”  Painting the perfect image of a suburban dystopia, European viewers remain “at risk of being cut off from videos.”

“Platforms that follow these rules, and make a good effort to help rights holders identify their content, shouldn’t be held directly liable for every single piece of content that a user uploads.”

But, why shouldn’t they?

Don’t copyright owners have the right to receive fair payment when others use their works online without consent?  With over 1.8 billion global monthly active users and counting, shouldn’t YouTube finally have to pay copyright owners across all major industries their fair share, instead of continuing to pay borderline royalties just to turn a profit?

Clearly, for Wojcicki, Cohen, YouTube, Google, and parent company Alphabet, the answer is “No.”