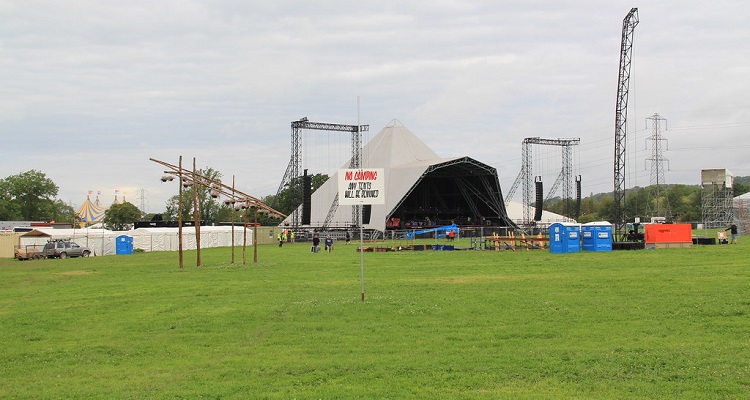 No New York.  No headliners.  Still no tickets available and no official permit.  Now, with all major artists ‘released’ from their contracts, what should we expect from Woodstock 50?

Woodstock 50 has now become a shell of its former self.

Following multiple denial permits in both Watkins Glen and Vernon in New York, organizers have found a new home for the troubled music festival – Maryland.

Not exactly the place meant to honor the original Woodstock 1969, held in a barn in New York.

Keep in mind that the music festival has already suffered major embarrassments.

In the end, event co-founder Michael Lang and his legal team didn’t receive Dentsu Aegis’ money back following a costly lawsuit. Dentsu Aegis had already shelled out $32 million before pulling its support for the music festival, but the flow of funds stoped there. Woodstock 50 also wouldn’t take place at Watkins Glen as originally envisioned.

Superfly, the event’s producer who also manages Bonnaroo and Outside Land, soon pulled out.

The venue soon downgraded to a third of its original size.  Lang promised to hold the event at nearby Vernon Downs, a harness horse-racing track and casino, near Utica in New York.

Now, major artists have pulled out following the change of venue.

Seemingly ‘saving’ the event, organizers secured a last-minute deal to hold the show in Columbia, Maryland.

Woodstock 50 will now take place at the Merriweather Post Pavilion on August 16th-18th, 50 years after the original Woodstock.  Tickets will soon go on sale.

Yet, the great news soon turned into a nightmare for Lang and his team.

Earlier this morning, John Fogerty, a ‘confirmed’ headliner, backed out.  He performed alongside Creedence Clearwater Revival at the original Woodstock.  Representatives for the singer said he will now perform in a smaller Woodstock anniversary event in Bethel, New York.

That wasn’t the only bad news.

Jay-Z also won’t appear at Woodstock 50 in Maryland.  He would’ve closed out the anniversary event.

According to a source speaking with Variety, the Merriweather Post Pavilion announcement nullifies Lang’s contracts signed with headliners.

“The bands won’t do it.  They were contracted to play a show in Watkins Glen.”

Now, admitting failure, organizers have pulled a major move.  All artists have been released from their contracts.

In an e-mail sent out by embattled co-founder Lang, it was confirmed that Woodstock 50 won’t “enforce” contracts for the event.

The letter also invites artists to play at the festival, yet they no longer remain legally liable to do so.  Moving the event 350 miles south of Watkins Glen constitutes a breach of contract.  Yet, most agents believe the contracts were already nullified once Dentsu Aegis ‘canceled’ the event in April.

With headliners now ‘free’ to perform at other events, organizers are now in a mad dash to lock down new artists.

“Michael Lang called me a week ago about doing the show in DC proper but, on this short notice, there really wasn’t anywhere to do that.  I suggested Merriweather would be a low-risk option and is considered DC.  Plus, it has a similar historic legacy.

“We made a deal quickly contingent on him putting a show together and dealing with the fact that we have a show booked on one of those dates.  So now I’m just a venue waiting to see if the promoter with the hold is going to confirm.“

Over the weekend, rumors suggested that Woodstock 50 would be converted into a free event.  But even that possibility is fraught with complications.