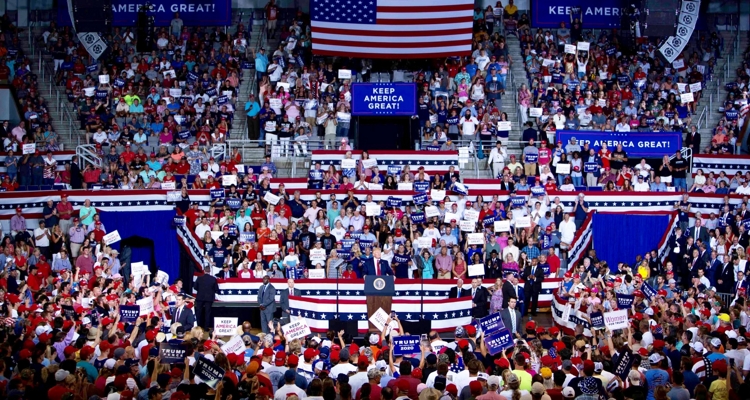 Victor Willis, the co-founder of the Village People, has asked Trump to stop playing the group’s music during rallies.

Willis specifically requested that Trump no longer play the hits “Y.M.C.A.” and “Macho Man” during the political events. The request came shortly after Trump used law enforcement officers to clear Lafayette Square of protestors with tear gas and batons.  Willis’ frequently dresses up as a cop as part of his on-stage persona, while other members dress up as construction workers, military officers, and leather-clad bikers.

But while Willis is free to ask Trump to stop playing the music, the President is unlikely to comply. The reason is that U.S. copyright law typically allows public performances based on blanket statutory licensing. That means if the venue holding the Trump rally has a license to play music, Trump can pretty much play whatever he likes. That explains why numerous artists like Aerosmith, Elton John, Adele, Rihanna, the Rolling Stones, the Prince Estate, and R.E.M. have publicly asked Trump to stop — to no avail.

In a Facebook post, Willis writes: “If Trump orders the U.S. military to fire on his own citizens (on U.S. soil), Americans will rise up in such numbers outside the White House that he might be forced out of office before the election. Don’t do it, Mr. President!”

“I ask that you no longer use any of my music at your rallies – especially ‘Y.M.C.A.’ and ‘Macho Man.’ Sorry, but I can no longer look the other way.”

Willis’ post marks a reversal of his stance on Trump playing Village People music. In February, Willis wrote that he refrained from requesting Trump to stop because “our music is not being used for a specific endorsement.” That statement came after Village People fans reached out, asking Willis to stop allowing the music to be played.