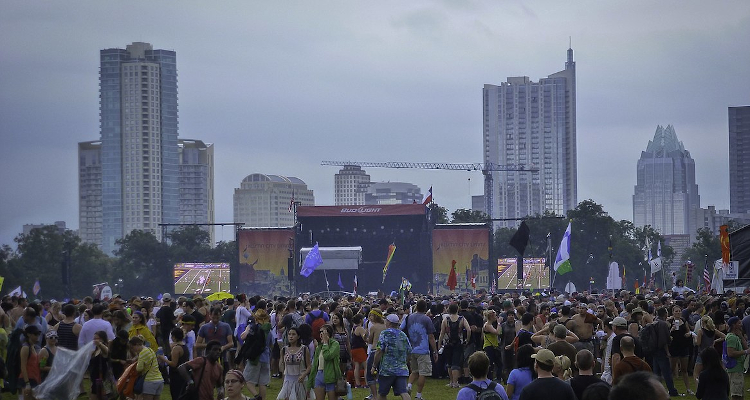 Austin City Limits 2020 has officially been canceled due to health concerns and uncertainty stemming from the COVID-19 pandemic.

Citing “the uncertainty surrounding the current situation in Texas,” the statement described putting ACL 2020 on ice as “the only responsible solution.” The 2021 edition of the festival – which will mark its 20th anniversary – is now set to occur during the weekends of October 1st and 3rd and October 8th and 10th.

Ticketholders can keep their 2020 tickets for admittance to next year’s festival, should they wish to do so, and refunds are available for those who purchased directly from Austin City Limits’ website “and cannot attend next year’s dates.”

The C3 Presents-produced event closed its statement by encouraging fans to stay safe and support the Austin Parks Foundation.

On social media, many are voicing support for the cancellation of Austin City Limits 2020, which was expected to draw approximately 500,000 fans.

“Thank you ACL for your responsible decision and for making everyone’s health and safety a priority,” encouraged one fan.

“Austin is doing its best.  It was wise to cancel SXSW (one of the earliest major cancellations in the country) and what you’re doing today will prove wise as well.  Science first.  BTW, that McCartney/Metallica weekend was stellar!  Best wishes ACL!” wrote another supporter.

However, not everyone is pleased with the way ACL handled the cancellation and, specifically, the comparatively long time it took for the announcement to arrive.

“I won’t go next year. You took way too long to announce this while keeping to charge for layaway plans,” stated a disgruntled individual.

“But it’s outside, and people wear masks in the dust bowl anyway (weekend two for sure). I was told that large crowds gathering outside with face masks does not spread the disease. Why cancel?” asked a peeved would-be attendee.

The coronavirus crisis has prompted the postponement of most every major music festival that had been booked for 2020. Now, both Coachella and Stagecoach are scheduled for April 2021; Coachella will cover the weekends of the 9th and the 16th, and Stagecoach will follow during the weekend of the 23rd. Bonnaroo, for its part, will welcome fans between June 17th and 20th of next year.

The future of other annual festivals is less certain. Glastonbury acknowledged that “severe financial implications” will accompany its cancellation decision, and SXSW’s 2021 event is in doubt.