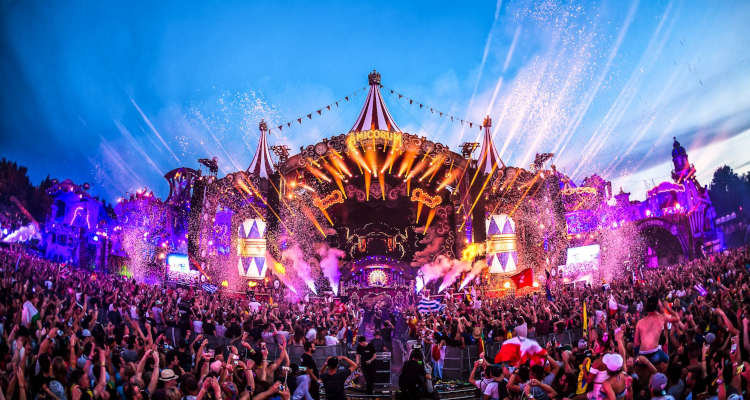 Back in June, Tomorrowland organizers were forced to shelve their festival for the second consecutive year due to a large-gathering ban issued by local government officials. Now, less than one month out from its arrival on the Euronext Amsterdam, Universal Music Group has inked an “exclusive global partnership” with the annual EDM event, centering on the just-launched Tomorrowland Music.

Universal Music Group and Tomorrowland unveiled their partnership agreement via a formal release today. As part of the professional union, the Belgian festival has established a label, Tomorrowland Music, which is set to work alongside Virgin Records Germany for new releases and receive global distribution support from Virgin Music Label & Artist Services.

For reference, Richard Branson gave his blessing to UMG’s revamped Virgin division back in February. And after claiming that the two-weekend-long Tomorrowland’s 400,000 annual guests hail from some 200 countries – or every nation in the world, in a testament to the logistical difficulties associated with hosting the festival amid a pandemic – the release elaborates upon the scope of the Tomorrowland-UMG partnership.

Additionally, the newly minted label’s first release, “You Got the Love” by Never Sleeps (“a new project from Afrojack ft. Chico Rose”), is slated to become available to fans tomorrow. Addressing the UMG partnership in a statement, Tomorrowland founder and CEO Michiel Beers emphasized his international vision for the debuting label.

“Creativity is something that can’t be stopped @ Tomorrowland. I’m very proud of how resilient our team was to find new ways of bringing Tomorrowland into the reality of the last period,” Beers said in part.

“We have taken the extra time to focus on projects that were on our list for a long time and one of them was definitely launching our own Tomorrowland Music label,” he continued. “With the combined forces of our dedicated label team, Tomorrowland’s broader Media House, and the different Virgin Music teams worldwide, our aim is to introduce fans in every corner of the world to the most exciting projects in electronic music.”

The Tomorrowland deal represents the latest in a recent series of high-profile agreements for Universal Music, which has also detailed an ambitious plan to develop a greater presence in the Chinese music market and finalized a “strategic global alliance” with Aerosmith to this point in August.

More broadly, the Big Three label – over seven percent of which belongs to Pershing Square Holdings – has likewise closed licensing contracts with Snap, TikTok rival Lomotif, Triller, and Boomplay on the year. Similarly, 2021 has seen the Vivendi subsidiary partner with BTS agency Hybe to create a livestreaming platform and launch Universal Arabic Music.