The Britney Spears Conservatorship – A 13-Year Timeline of Crazy Events 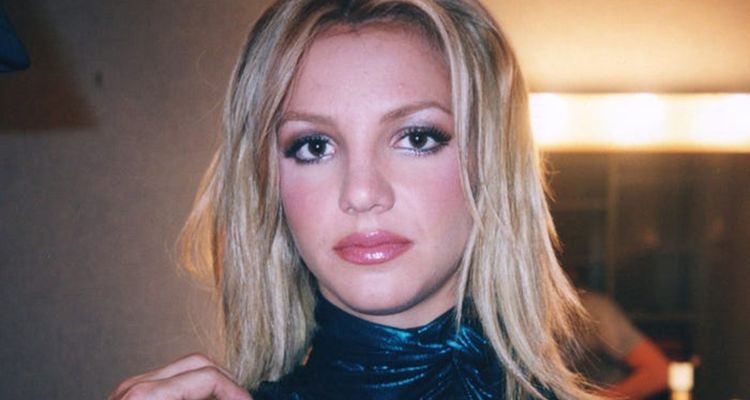 The Britney Spears conservatorship has been a 13-year-long nightmare for the singer. Now there’s finally hope for an end to the madness.

On August 12, Britney Spears’ father Jamie Spears agreed to step down as conservator of his daughter’s estate. That’s a huge win for the 39-year-old singer who just wants control of her own life.

In testimony she provided in July, she told judges the arrangement felt abusive. Here’s a look at the events that have shaped her life for nearly 13 years – and why the singer called the arrangement abusive.

In 2006, Spears faced a massive backlash after photos of her driving with her son in her lap surfaced. Spears defended herself to Matt Lauer. “I did it with my dad. I’d sit on his lap, and I’d drive. We’re country.” Soon, Spears found herself in a custody battle for her sons, which captured mega media attention.

Spears shaved her head in a salon in Tarzana, California in response to the intense media scrutiny. Spears said she was devastated after her divorce and the wildly public custody battle for her kids. “I was going through a lot, but it was just kind of like me just feeling a form of a little rebellion, or feeling free, or shedding stuff that happened,” the singer says in a 2008 MTV documentary.

Days after the head-shaving incident, Spears hit a photographer’s car with an umbrella. She cut ties with her management and was photographed partying with her new manager, Sam Lutfi. She eventually completed an inpatient program at Promises in Malibu while Federline had custody of the couple’s two children.

Spears was charged with a hit and run while driving without a license in 2007. She was filmed by paparazzi steering her car into another vehicle while attempting to park. Spears lost full custody of her sons in October 2007.

In January 2008, Britney Spears was placed under an involuntary psychiatric hold. She was placed in the mental facility after refusing to relinquish her children to Federline after scheduled visitation. The psychiatric hold convinced the court to approve a temporary conservatorship with her father as conservator of her person in February 2008. Spears’ father, Jamie Spears was given the legal right to oversee decisions about his daughter’s estate and her health and wellbeing.

The initial court-ordered conservatorship was temporary, but extended through the end of 2008. Two months prior to its end, Jamie Spears petitioned the court to retain full control for an indefinite period. The judge in the case granted the petition because she believed Spears showed she was “susceptible to undue influence.”

The 2008 Britney Spears’ MTV documentary, Britney: For the Record, aired ahead of the MTV Video Music Awards that year. It was her first appearance, and returned to music with her sixth studio album, Circus. Spears spoke briefly about the conservatorship.

“The way I feel, it’s like they hear me, but they’re really not listening,” she says. “When you go to jail, there’s always the time that you know that you’re going to get out. It’s just like Groundhog Day every day.”

Just a year after Britney Spears was put under the ‘temporary’ conservatorship, the #FreeBritney movement started. The website for the movement questioned why the singer hadn’t been released from her indefinite arrangement yet.

Britney Spears continued to release new albums while under the conservatorship. Femme Fatale, Britney Jean, and Glory were all released. Spears also performed in Las Vegas residencies, including Piece of Me and Domination.

In 2012, Spears’ finance and former agent Jason Trawick became a co-conservator of her estate at her request. He gained control of decision-making aspects of her personal life, but not assets. But Spears was still not happy with the conservatorship arrangement.

In January 2019, Spears announced she would be postponing her Domination Las Vegas residency. She claimed at the time she was unable to perform due to her father’s health issues. However, a month later she was checked into a mental health facility.

Soon, a Britney Spears fan podcast claimed that the singer was being held against her will at the facility. A tipster claiming to be a paralegal who worked with the conservatorship said Jamie Spears was threatening to pull support for the residency unless his daughter took the medication he wanted.

After those allegations, the #FreeBritney movement began to pick up massive steam. In May 2019, Jamie Spears filed a notice to extend his daughter’s conservatorship outside of California. The petition included Florida, Louisiana, and Hawaii.

After the allegations surfaced, Jamie Spears stepped away as conservator of Britney Spears’ person in September 2020. Jodi Montgomery has been fulfilling that role ever since.

The New York Times Presents Framing Britney Spears aired on Hulu and told the story of the singer’s controversial conservatorship. It also served as a lightning rod to alert the public about the arrangement. The documentary did not include direct involvement from Spears or her father. The week after the documentary aired, Spears seemed to address it on social media.

“Remember, no matter what we think we know about a person’s life it is nothing compared to the actual person living behind the lens,” the singer tweeted.

Soon Britney Spears began the long legal process of ending her conservatorship. She told L.A. Superior Court Judge Brenda Penny that she had no idea she could end the arrangement herself.

“It’s my wish and my dream for this to end,” she told the judge in her testimony. “I’ve lied and told the whole world I’m OK and I’m happy. I thought if I said that enough, maybe I’d become happy. I’m in shock. I’m traumatized. I’m so angry it’s insane.”

Following the appointment of Rosengart as Spears’ legal representative, things began to change for the pop star. Spears’ father Jamie agreed to step down from his position as a conservator on August 12. That happened just weeks after the petition filing for his removal from the conservatorship.

Right now, it’s unclear if the conservatorship will be dissolved entirely. Jamie Spears’ lawyer Vivian Thoreen says her client “intends to work with the court and his daughter’s new attorney to prepare for an orderly transition to a new conservator.”