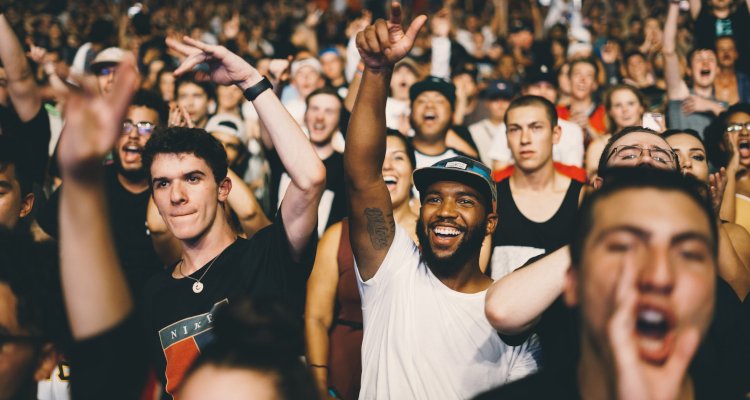 Last week, as cases (and media reports) of the Omicron COVID-19 variant surfaced, the per-share price of Live Nation stock (NYSE: LYV) dipped from about $113 to roughly $100. And while the company’s stock has since rebounded to around $106 per share, some are speculating about the long-term effects that Omicron will have on the crowd-based entertainment space.

At the time of this piece’s writing, Live Nation stock was trading for $106.24 per share – a 1.5 percent decline from yesterday’s close and a nearly six percent falloff over the latter five days, but an improvement from the aforementioned stock price that arrived with reports of the Omicron variant.

Moreover, LYV earlier this month cracked a record high of $127.75, and the Beverly Hills-based promoter’s current stock value nevertheless reflects a 16 percent or so jump across the last six months, a 50 percent hike since 2021’s start, and a 62 percent boost since late November of 2020.

Notwithstanding this overall growth for Live Nation stock – as well as the many concerts that are continuing to take place – certain observers are questioning whether the Omicron variant will impact crowd-based entertainment, which has already suffered unprecedented losses due to lockdown measures and large-gathering bans.

“ur telling me just as concerts and events get announced and life feels the most normal it’s been in a while omicron comes,” one social-media user said of the Omicron variant, symptoms of which have been described as “very mild” by doctors in South Africa.

“been too scared to read about omicron bc I’ve finally started feeling normal and ok since being able to go to concerts again,” weighed in another concerned fan. “please don’t take that away from me…”

Omicron’s greatest threat to the live-entertainment space – and, in turn, Live Nation stock – could be the travel bans that it’s prompting world leaders to implement.

A number of nations have instituted travel restrictions concerning countries in the south of Africa – domestically, the order covers individuals who were “physically present” in any of the states within 14 days of traveling to the U.S. – while Japan, Israel, and Morocco have prohibited the entry of foreign nationals altogether.

But evidence suggests that the impact of these orders (and the other, possibly more all-encompassing travel bans that will likely emerge down the line) on Live Nation stock and operations will prove minimal. For instance, Live Nation CEO Michael Rapino, in announcing his company’s Q3 2021 financials and the “record 2022” that he’s expecting, acknowledged that “it will take some time for international artists to be touring on a truly global basis.”

Even with these anticipated hindrances to international touring’s comeback, Rapino also relayed that Live Nation had sold over 22 million tickets to concerts that are scheduled to take place in 2022.

Meanwhile, BTS is moving forward with sold-out SoFi Stadium shows, whereas The Beach Boys co-founder Brian Wilson and Chicago just recently revealed plans for a joint 25-stop U.S. concert series that organizers have arranged to initiate in June of 2022. Live Nation has likewise booked a 25-city tour for Jazmine Sullivan, who’s scheduled to hit the road in February, besides kicking off November by opening a venue with Drake.