As Concert Cancellations Continue, Harry Styles Doubles Down on Touring Plans — Requiring Both Masks and Vaccines 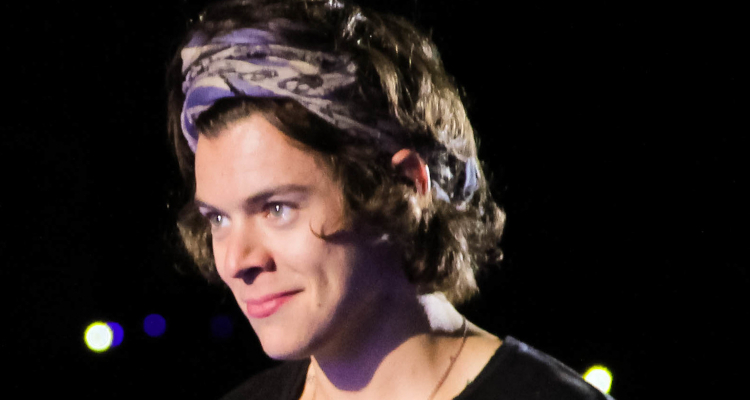 During the last week, BTS, Garth Brooks, and the Pixies canceled their tours due to COVID-19 concerns. Now, musicians including Harry Styles are opting to perform for fans as scheduled – albeit while implementing stringent safety measures designed to prevent the bug from spreading at their shows.

In announcing the cancellation of his next five stadium concerts, country star Garth Brooks cited the “new wave of the Covid-19 virus spreading across the nation,” whereas K-pop sensation BTS indicated that “changing circumstances beyond our control” prompted the decision to formally shelve the Map of the Soul Tour, which had originally been slated to begin early last year.

The Pixies, for their part, mentioned “the current surge in COVID cases” when explaining the cancellation of their own 2021 tour, and August has also seen professionals nix shows from Limp Bizkit and Lynyrd Skynyrd – as well as festivals like the New Orleans JazzFest, the Pepsi Gulf Coast Jam, and Splendour in the Grass.

These developments bear reiterating because many observers and fans, following the unprecedented disruption that the concert and music-festival space endured in 2020, believed that 2021 would usher in a far-reaching resurgence.

More broadly, a number of artists erred on the side of caution by booking massive world tours in 2022, and with the new year now just four months out, it remains to be seen whether continued COVID worries will disrupt these plans as they have the above-mentioned performances. Needless to say, between logistical considerations and planning expenditures, there’s much to consider (and pay for) when preparing to launch festivals and months-long tours.

On this front, other artists and organizers have decided to move forward with their gigs, including by requiring attendees to show that they’ve been vaccinated against or tested negative for COVID-19. To be sure, following the success of Lollapalooza, Bonnaroo higher-ups announced two weeks back that they’ll require passholders to present a vaccine card or a negative COVID test.

AEG and Live Nation then revealed that staff at their music festivals and venues will likewise verify that attendees have been vaccinated against or tested negative for the novel coronavirus – though some studies have found that the requirement is decidedly unpopular among live-music fans.

And most recently, Harry Styles – who is set to kick off his Live Nation “Love on Tour” concert series in Las Vegas next Saturday, September 4th – took COVID precautions a step further by making clear that guests will need to wear masks as well as show a negative COVID test or proof of vaccination.

The 27-year-old artist – whose Fine Line in Q2 2021 turned in the top sales figures of any Sony Music album – currently has 40 dates booked for the tour’s U.S. leg, which is expected to keep him on the road through late November. Particularly because each gig is likely to attract a substantial number of fans, the tour’s successes (and obstacles) could be worth monitoring as indicators of what 2022 will bring for different concerts yet.