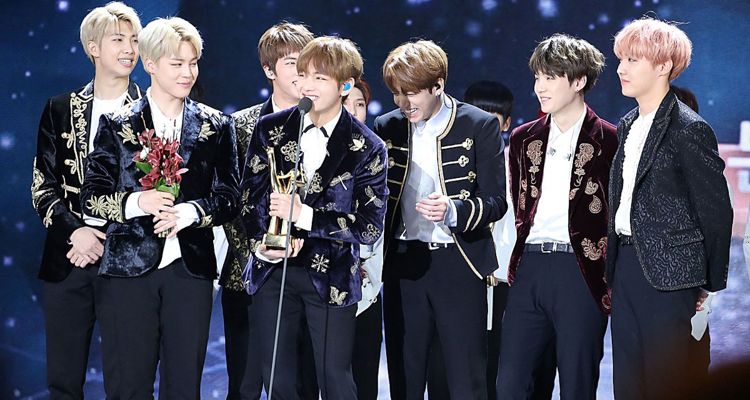 Apple’s streaming platform took to social media to unveil the listenership milestone for BTS Radio – albeit without disclosing the program’s precise streaming figures. “#BTSARMY you did it! @BTS_twt broke the record for biggest show of the year with their debut episode of #BTSRadio on Apple Music 1,” the Spotify competitor wrote.

Predictably, all manner of ARMY diehards, who have long made clear their devotion to the seven-piece act, are responding to Apple Music’s post and celebrating the announcement. This first episode (entitled “Beginnings”) of the radio show premiered on Saturday, and the remaining two installments of the “limited series” will “air weekly” ahead of the group’s forthcoming Proof compilation album.

In the past, a number of commercially prominent acts – Billie Eilish, Lil Wayne, Elton John, and The Weeknd among them – have rolled out shows on Apple Music 1. In this way, the presence and streaming results of BTS on Apple Music 1 attest to the popularity of the Seoul-based group, which boasts 34.68 million monthly listeners on Spotify and is scheduled to visit the White House today.

Needless to say, BTS (with the encouragement of Hybe) looks set to capitalize upon all such opportunities to enter the media spotlight ahead of Proof’s release (slated for Friday, June 10th) and in the approaching six months.

That’s because December is expected to see BTS temporarily part with Jin as he completes his country’s mandatory 20-month military service. South Korean lawmakers previously authorized a multiyear enlistment delay for all seven members of BTS, and it appeared at one point that the two-time Grammy nominees would receive an outright exemption from conscription.

But the exemption hasn’t yet come to fruition and, per South Korean outlets, seems unlikely to materialize under the administration of President Yoon Suk-yeol, who took office earlier this month.

Besides (and potentially because of) the above-highlighted promotional initiatives that BTS will presumably spearhead pre-enlistment, it’s possible that BTS mania could reach a fever pitch during the year’s second half.

Well before the group’s imminent split, ARMY fanatics coordinated to stream “Butter” on repeat so as to elevate its ranking on Spotify and other platforms. And back in 2020, the K-pop mainstay’s ultra-dedicated fans streamed “Dynamite” with such zeal that Spotify and YouTube alike cracked down on millions of the corresponding plays/views due to their bot-like nature. However, said plays and views were fueled by passionate fans’ listening to the song through the day and the night.

Now, it’ll be worth monitoring the platforms’ responses when similar enthusiasm is invariably channeled towards streaming (and buying) Proof, part of which will be available only on CD.