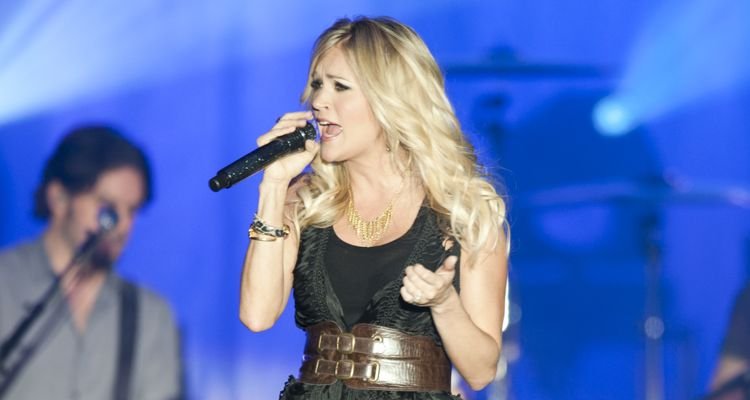 Apple has officially debuted “Apple Music Sessions,” which are bringing live renditions of popular tracks exclusively to users on the namesake streaming service.

To be sure, a Mary J. Blige livestream performance is scheduled to take place exclusively on Apple Music in 12 days, and concerts from Harry Styles and Lil Durk arrived on the service earlier this year. Plus, additional DJ mixes and Apple Music 1 programs are continuing to roll out on the platform.

Apple Music Sessions appear to be comparatively country-focused, however, for they’ve launched with exclusive recordings (audio as well as video, both captured at “Apple Music’s new state-of-the-art studios in Nashville, Tennessee”) from 39-year-old Carrie Underwood and 28-year-old Tenille Townes.

Underwood (who released her ninth studio album one month ago) performed “Ghost Story,” “Blown Away,” and a cover of Ozzy Osbourne’s “Mama, I’m Coming Home” for Apple Music Sessions. And Townes, for her part, played “Same Road Home” and “Somebody’s Daughter” before covering Etta James’s “At Last.”

Apple Music Sessions’ team has “a host of incredible country artists already lined up, including Ronnie Dunn, Ingrid Andress, and many others,” according to higher-ups, who likewise made clear their plans to bring different genres to the series “in the future.” (Ronnie Dunn is preparing to release an album entitled 100 Proof Neon in two weeks, whereas Ingrid Andress is poised to drop Good Person in August.)

More immediately, Apple Music looks to have taken a page out of Amazon Music’s book by zeroing in on country music, and time will tell whether the initiative can turn the genre’s fans into subscribers.

February saw Amazon Music name “country trailblazer” Breland its “next Breakthrough Artist in the U.S.” – and, in turn, the recipient of “a global campaign to support his upcoming releases, including enhanced playlist support, social media campaigns, an Amazon Original song, marketing opportunities, and bespoke editorial content.”

Then, the Amazon-owned platform in March released an original song and music video, Jimmie Allen’s “All Tractor’s Ain’t Green,” before hosting a livestream launch event for Thomas Rhett’s Where We Started in April.

That same month brought the release of the “Amazon Music Original feature-length documentary” For Love & Country. Per Amazon Music, the film “observes country music’s complicated past and how the music industry itself helped to enshrine a skewed version of the genre, its artists, and fans.”