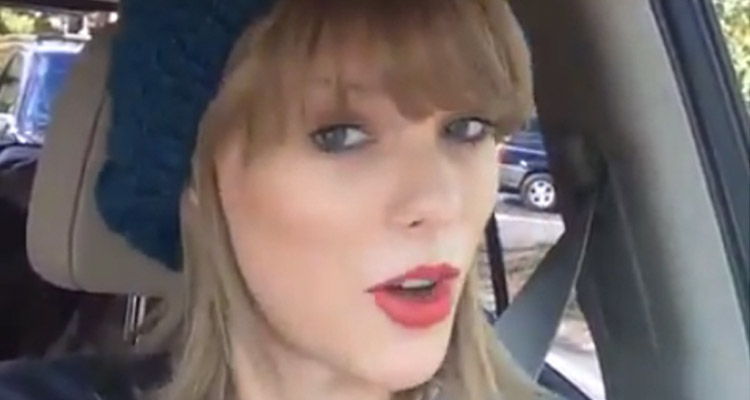 I took a lot of heat for claiming that UMG (and the bunch) should not be trying to get Facebook to license their music in the manner they are doing it.

People (incorrectly) claimed that I don’t want songwriters to get paid from Facebook. Not true.

Don’t believe me?  Then why are so many songwriters suing their publishing companies for unreported (or underreported) revenue?  And why are major publishers demanding upfront advances from Facebook (like they did with YouTube) that never get passed down to their songwriters?

Why are the majors so damn opaque with their reporting and accounting practices with their writers?  If you have nothing to hide, then be transparent!

I full-heartedly believe that Facebook (and every platform) should license and pay for the use of music.

However, there are more ethical ways to do this other than bowing down to major publishers and labels’ demands just because they hold the market share (leaving artists and songwriters out in the cold).  The reason streaming rates are pathetically low is because we left it up to the majors to negotiate the rates.

They made out just fine. Artists and songwriters? Not so much.

That being said, Taylor Swift has been revered by the music industry as an “artist advocate” for getting Apple to pay royalties for Apple Music’s streaming trial period (even though WHAT they’re paying is next to nothing).  And, for ‘practicing what she preaches’ for removing her music from Spotify.  But, back in November 2014, in celebration of her album 1989 breaking sales records, Taylor Swift posted a video of her in her car lip syncing to Kendrick Lamar’s song “Backseat Freestyle.”

Legally, Taylor should have contacted the publisher(s) of “Backseat Freestyle” and negotiated a synch license and contacted the label (Interscope) and negotiated a master use license.  There’s no minimum usage requirement for a synch license.  The law doesn’t say you only need a synch license if the video is at least 15 seconds or anything like that.  Because, if there was, commercials could get away with using any song they pleased for their 15 second commercial spot.  They don’t.  In reality, they sometimes pay 5 or 6 figures to use music in their commercials.  A synch/master use license is negotiated and the usage of the song is taken into consideration during negotiations.

This all being said, it’s hard to believe that Taylor Swift’s people went through all the trouble to properly license this song for her 10 second lip sync video.  Because, it seems absurd that you would need to.  That’s just common sense, ain’t it?

It has nearly 10 million views.  Talk about infringement!  Taylor could have afforded a synch license.  But that would have defeated the purpose of her video which was meant to capture a mood, in the moment and upload it immediately.

You’re telling me Taylor Swift is ignorant to how synch licensing works?  That Taylor Swift doesn’t care about intellectual property?  That goes against what she stood for.  Well maybe, the rights owners of “Backseat Freestyle” aren’t asking Facebook to remove this because they realize it’s helping their song.  Just like fan-created videos for Adele’s song “Hello” helped make it (and her album 25) a success.

Most artists, hobbiest musicians and fans don’t understand copyright law.  They don’t know what’s legal and not.  The Dulcimer playing dad would have never reached worldwide fame with his Tears for Fears Facebook cover video (which got 84 million views) had Facebook ripped this down the moment it was put up.  I guarantee he didn’t intend to break the law when he posted his fan video.  Most indie artists didn’t realize they were breaking the law posting their cover videos (until Facebook removed it and locked them out of their accounts).

The law is complicated and, frankly, doesn’t make sense in the world in which we live currently.  That’s why the US Copyright Office came out with a 246 page document recommending the law be updated.

But Taylor Swift knows better. This is her profession. And she fought to uphold ‘intellectual property rights.’

Is Taylor Swift a hypocrite?

You’re either saying that:

A) She didn’t know this was illegal (ignorance)

C) She thinks this kind of video should fall into a completely separate category for which the laws do not currently cover.

Pretty much every reasonable person would choose C.

So when people scream at me for taking the position that Facebook (and publishers) should allow indie artists’ cover videos to stay up (versus making Facebook rip them down and lock these artists out of their accounts – in effect damaging their careers), I say to them, step back and take a look at your poster child for a second.

David Israelite (president and CEO of National Music Publishers Association) wrote an op-ed for Billboard defending publishers and exclaiming that Facebook wasn’t being fair to songwriters.  I respect him and his position, but, guess what, PUBLISHERS aren’t being fair to songwriters.  That’s why so many are suing their publishers and ditching them altogether for organizations that are fair and transparent.

Publishing companies have always had (and still have) unfairly opaque accounting practices.

If a songwriter asks to see where their money comes from, the publishing company, without hesitation, should be able to point them to an online portal where they can look it up quickly and easily.  Not handed 2,000 sheets of paper with reports that make absolutely no sense and then charged for an audit.

So, yes, I take offense when the old music business yells at me saying I’m not looking out for songwriters’ rights when that’s all I’m doing.  I don’t believe major publishers have the songwriters’ best interests at hand.  History, unfortunately, shows this.  So, when you tell me I should shut up and just trust the industry to do what it does best, fight (a losing battle) with “Big Tech,” without getting creative, coming up with alternative solutions or innovating whatsoever, I’m not going to sit back complacently and say, ‘yeah, you’re right, you know best, like always.’

Should Big Tech pay for music?  YES.  But I don’t agree with the way the major publishers and labels are going about it.

And clearly, neither does Taylor Swift.  Otherwise she wouldn’t have posted an illegal, unauthorized video of blatant copyright infringement.