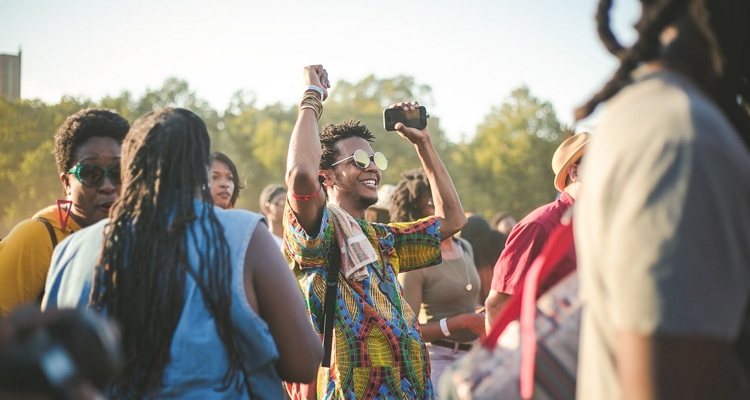 Dance veteran Aluna Francis has shared an open letter on Instagram to the music industry.

Her open letter addresses the racial disparity of the modern global dance scene. It asks the music industry to make changes and address inequality and double standards, while suggesting some ways that the industry as a whole can enact meaningful change.

It’s a letter worth reading and comes at an important time for black artists around the globe.

“As a member of the Black Music Action coalition and a Black woman in dance music, I need to challenge the ‘dance music industry’ on its longstanding racial inequalities,” she starts. “We not only need to give credit to the artists that created the genre – but we also need to establish a long-term plan to secure a healthy future for dance music that is culturally and racially inclusive.”

“What I’m proposing is that the current genre definition and industry-designed parameters of dance, in particular, need an upgrade,” Aluna says. She goes into a basic primer of dance history and how it has been ‘virtually erased.’

“Many of us know that dance music wasn’t invented in 1988 in Europe. Its real history is still to be widespread and appreciated since it was virtually erased – House and Techno were pioneered by Black and Brown LGBTQI people, once creating a safe place of escapism and healing for those communities.”

“Dance music was protest music, liberation from oppression, so it’s bitterly ironic for it to be appropriated by the white community, both burying its rich history and casting out the wider Black artists from a genre their community invented.”

“There are many types of dance music made by Black producers that were never accepted into the genre widely. The original sounds of dance drew from and embraced many aspects of Black people’s rich musical heritage.”

“As the genre was westernized, the sound changed to the point where its original cultural influences were no longer heard or associated with the genre. This means that only the subgenres of EDM or European-style House/Techno are consumed by the masses via Spotify, Apple Music, Amazon Music, YouTube, etc. Any other styles of dance music from African-born artists and producers of the wider African diaspora are left out.”

“This is especially shortsighted since, currently, due to the lack of diversity, white dance music producers are further appropriating the beats of the very people left out of the main genre, creating an extreme double standard.”

“For example, if a white producer uses African beats, it will be accepted and playlisted as dance, which has a well-worn pathway to mainstream pop music. However, African house music produced by a Black person will not get the same opportunity.”

“There is no reason why dance music of the African diaspora and African-born artists shouldn’t be included under the banner of dance under DSPs. You should be able to find Gqom, afrobeats, afropop, dancehall, reggaeton, juke, jersey club, Baltimore club, Philly club, footwork, soflo jook, ballroom/vogue, slowflo, Miami jook, UK funky, UK garage, New Orleans bounce and more under the banner of dance.”

“Additionally, the top-performing songs of these sub-genres should feed into the marquee dance playlists at each platform. Some DSPs have editorial playlists for afrobeats, afropop, dancehall, and reggaeton genres, which I believe is important to have for those communities to have their own ecosystems.”

“However, most of these playlists are not prominently laced within DSP platforms, and these styles of music aren’t given opportunities to grow within the dance genre. They’re treated like an isolated genre, yet, these sounds have influenced mainstream dance and pop music for years.”

“Dance music needs to be progressive and move us into the future, especially right now, as we have globally united in the fight to end racism. The role of dance is to give healing, to uplift us, and to serve as a celebration of those who are on the front line making a better future for us all.”