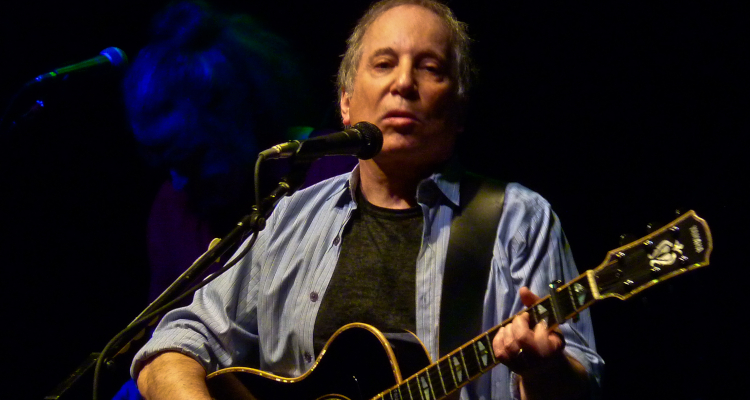 Sony Music Publishing – which was known as Sony/ATV until just last month – unveiled the high-profile catalog buyout in a formal release this evening. The all-encompassing deal covers works from throughout the approximately six-decade-long career of Paul Simon, including his time with Simon and Garfunkel, which saw him pen hits such as “America,” “The Boxer,” and “Mrs. Robinson.”

Additionally, the Newark-born (and New York-raised) Simon has released 14 studio albums as a solo artist, and the newest of these works, In the Blue Light, arrived in 2018 (via Sony Music’s Legacy Recordings). Among the 79-year-old’s better-known solo tracks are “Graceland,” “You Can Call Me Al,” and “Still Crazy After All These Years,” to name just some.

Addressing his catalog sale in a statement, Paul Simon said: “I’m pleased to have Sony Music Publishing be the custodian of my songs for the coming decades. I began my career at Columbia/Sony Records and it feels like a natural extension to be working with the Publishing side as well.”

Jon Platt, Sony Music Publishing’s chairman and CEO, added: “Paul Simon is a masterful, once-in-a-lifetime songwriter whose remarkable body of work has generated an enduring influence on our culture and consciousness. … To represent his indelible songs is an incredible honor for Sony Music Publishing, so with tremendous pride, I welcome Paul to our family!”

SMP’s release doesn’t specify the financial terms of the transaction, but if recent figures (from other catalog sales) are any indication, the sum could be substantial. To be sure, Irving Azoff’s Iconic Artists Group paid a reported $100 million to $200 million for a controlling stake in The Beach Boys’ catalog, before closing deals for David Crosby’s publishing and recorded catalogs as well as the recorded catalog of Linda Ronstadt this month.

More broadly, a multitude of other artists and songwriters have cashed in on their music IP during the last year or so. The long list of professionals who’ve sold either a portion or the entirety of their catalogs now includes Stevie Nicks, Mick Fleetwood, Lindsey Buckingham, Collective Soul, Bob Dylan, Jimmy Iovine, L.A. Reid, Rick James, The Killers, Chrissie Hynde, Nikki Sixx, Barry Manilow, RZA, and Mark Ronson.

One week ago, BMG announced that it would collaborate with KKR on music IP investments moving forward. Plus, New York City-based music publisher Reservoir Media is reportedly preparing to arrive on the stock market as part of a merger with a Ross-backed acquisition company, and Liberty Media and Neil Jacobson have rolled out music-focused acquisition companies of their own.