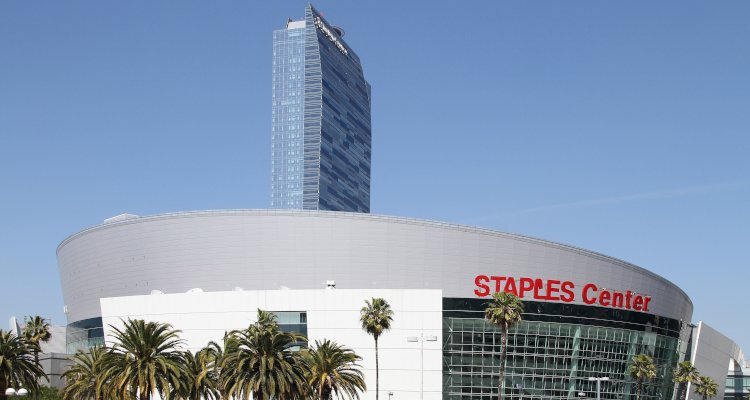 AEG’s Staples Center is officially rebranding as the Crypto.com Arena, the Anschutz Corporation subsidiary and the five-year-old cryptocurrency platform announced this morning.

AEG and Crypto.com are scheduled to formally change the Staples Center’s name on Christmas Day (when the Los Angeles Lakers will play the Brooklyn Nets), and the famed LA arena – which has hosted all manner of concerts and music events since opening in 1999 – will operate as the Crypto.com Arena for the next 20 years under the just-revealed deal.

The Staples Center’s Christmas Day renaming is specifically set to encompass the debut of a “new logo and other branding assets including internal arena signage,” whereas the entirety of the venue’s external signage is expected to be updated by June of 2022.

In addition to this “premium branding and signage throughout the interior and exterior of the facility,” the involved parties are preparing to roll out “a 3,300 sq. ft [Crypto.com-branded] activation space at the building’s entrance” and “dedicated activation areas on the main concourse of the arena and throughout the L.A. LIVE campus.”

Lastly, in terms of the newly finalized agreement’s nuances, Crypto.com has become “an official cryptocurrency platform partner” of the NBA’s Lakers and the NHL’s Kings (but not the Clippers, as the franchise is planning a move to an Inglewood arena), which play their home games in the roughly 20,000-seat facility.

The reportedly $700 million deal’s negotiations “moved quickly to a close due to a mutual understanding of each other’s businesses and a shared desire to collaborate and create something truly unique,” Crypto.com and AEG said, and higher-ups made clear that they intend to work together on other projects moving forward.

“This partnership is about the future,” AEG president and CEO Dan Beckerman relayed. “AEG and Crypto.com not only share a vision about innovation and the future of sports and entertainment, but we also have a shared commitment to our communities where we work and live. We look forward to partnering with Crypto.com to create meaningful initiatives to bring that vision to life in the years to come.”

More broadly, cryptocurrency is playing an increasingly significant role in the music industry, with Warner Music-backed Dapper Labs having completed a $250 million funding round in late September. And Money Man last week received the entirety of a $1 million advance in Bitcoin, though fluctuations in the digital currency’s value have produced a loss of approximately $100,000 in the interim.