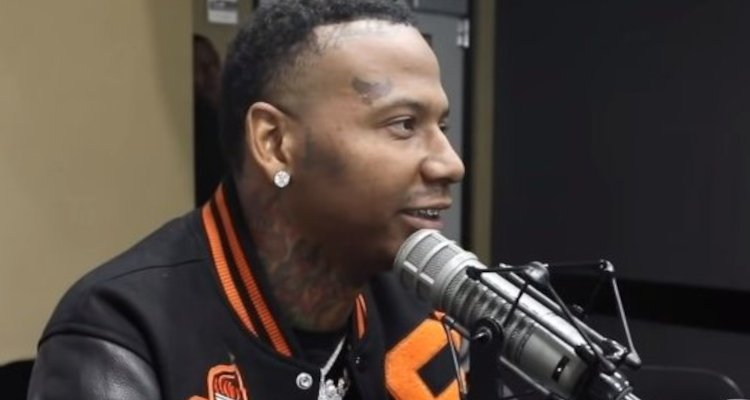 Rapper Moneybagg Yo has added his name to the growing list of artists (and music-industry companies) who are hunting for commercial success in the beverage space, with the introduction of “Vior Alkaline Water.”

The 30-year-old A Gangsta’s Pain rapper just recently unveiled his alkaline-water venture on social media, directing his 2.2 million Twitter followers to the product’s website. (The homepage thereof greets visitors with a portion of “LLC” by Money Man and Moneybagg Yo.) Though the new bottled water wasn’t available to purchase at the time of this piece’s writing, its website explains that “Vior stands for Very, Invigorating, Oral Refreshment.”

Established six years back “by a young entrepreneur named Cam Special,” the company operates out of Moneybagg Yo’s native Memphis, Tennessee. The business’s founder in 2021 “joined forces” with the “If Pain Was A Person” artist, Vior’s website discloses, and Moneybagg Yo, following up on the aforementioned tweet, asked the Twitter community: “Why Everything dats good for you be nasty??”

Of course, time will tell whether Moneybagg Yo’s Vior venture pays off like some similar endeavors have. Most notably, 50 Cent in 2007 enjoyed a reportedly $100 million or so post-tax windfall after Coca-Cola acquired VitaminWater manufacturer Glacéau.

But as highlighted at the outset, Moneybagg Yo is hardly the only artist who’s involved with the beverage industry. (Last August, French distiller Remy Martin sued 50 Cent’s cognac brand for alleged IP infringement.) On the sponsorship side, Post Malone, Halsey, Lenny Kravitz, and Lil Baby have inked deals with brands such as Budweiser and Rockstar Energy.

Meanwhile, Post Malone has also rolled out a wine, Maison No. 9, and February of 2021 saw Jay-Z sell half of his Armand de Brignac champagne (widely known as “Ace of Spades”) to Moët Hennessy. Ellie Goulding over the summer acquired an ownership stake in Served Hard Seltzer, and Katy Perry this month announced the launch of De Soi, “a line of sparkling nonalcoholic aperitifs.”

Besides the sizable collection of beverage sponsorships and brands from artists, Live Nation-backed canned water company Liquid Death kicked off 2022 with a $75 million funding round – including additional support from the Ticketmaster parent company. But in the wake of the Astroworld tragedy, Anheuser-Busch discontinued Travis Scott’s seltzer line.