Jay Z’s 4:44 Platinum Status: The Beginning of The End for TIDAL 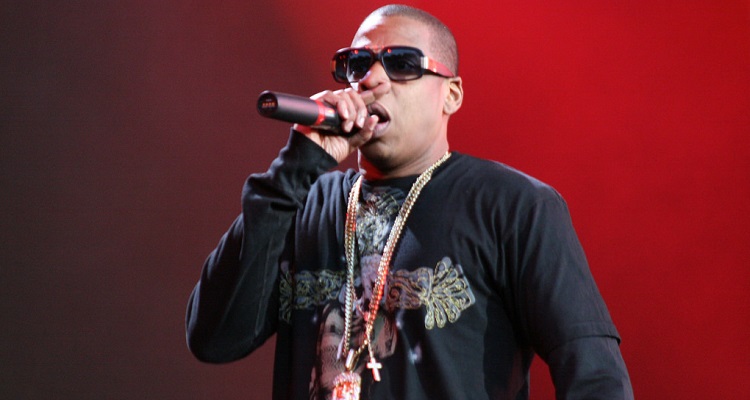 Jay Z needed Sprint to “purchase” 4:44 to earn a platinum title.  Here’s why this decision means the writing’s on the wall for TIDAL.

On Wednesday, the RIAA certified 4:44 platinum in less than a week, a record for the rapper.  But, with low subscription numbers, how exactly did Jay Z manage to earn the platinum status?  Thanks to some friendly help from TIDAL’s part-owner, Sprint.

Sprint scooped up digital copies of 4:44 and offered the album as a free download on Tidal.  By visiting 444.tidal.com, users who entered the promotional code SPRINT could receive a copy of the album.

Sprint owns a giant chunk of TIDAL.  So this is basically Tidal buying stuff from Tidal and calling it a record.

Well, yes, and no.  The RIAA recognizes one equivalent album unit as one album sale, 10 tracks sold from an album, or 1,500 on-demand audio or video streams.  The RIAA updated their Gold & Platinum Awards Program last February.  It previously counted pure album sales to certify an album platinum.

So technically this counts. Though, barely.

And it didn’t count just a few years ago.  Back in 2013, Jay Z had sold more than a million copies of Magna Carta Holy Grail to Samsung. The album didn’t go platinum then. Billboard maintained that downloads wouldn’t count on their charts.  The RIAA thought differently and decided to change the rules for Jay Z and streaming albums.

“Not only do we believe it’s sensible and logical to align digital album rules with those we have maintained for digital singles since the program’s inception, we also consider today’s move in line with our larger efforts to modernize the G&P Program to reflect the new music marketplace.”

Basically, if a large company scoops up an album, it’ll count towards the RIAA’s Gold & Platinum Program.  Even if it’s scooping up its own copies.  Got it?

But how exactly does 4:44’s platinum status spell doom for TIDAL, though?  We first have to take a look at the streamer’s troubled history.

In 2015, Jay Z decided to purchase TIDAL’s parent company Aspiro for 464 million crowns ($56 million).  With a big name attached to the service, he hoped to turn the failing streaming platform into a viable contender.

To boost its overall numbers, TIDAL gave away one million subscriptions in Poland.  Norwegian publication Dagens Naeringsliv also found that TIDAL has created fake accounts and lied to the media and its partners.  The reported alleges,

“When 16 of the world’s biggest pop stars, one a convicted cocaine smuggler and a former Israeli intelligence officer was not able to obtain enough customers to Jay Z’s Tidal, the company began to inflate subscription numbers.”

Going further, artists have also failed to receive proper payment from the service.  After ripping his former “Big Brother,” Kanye West claimed that The Life of Pablo brought in only 1.5 million subscribers.  For sticking with TIDAL, the rapper lost out on millions he could’ve earned on other streaming platforms like Spotify.

Despite the big names attached to the service, people didn’t immediately flock to TIDAL.

Will Sprint always have to save the day to keep TIDAL alive?

4:44 by no means is a success story for TIDAL.  To gain platinum status, it needed Sprint to save the day and purchase albums.  It didn’t do so by providing an open platform for users to listen and enjoy the album.  Basically, 4:44 didn’t earn RIAA platinum status legitimately through streams, as other artists and albums have.

Taking a closer look at TIDAL’s numbers, immersive entertainment app Episode Interactive provided its results from a flash-poll.  It found that less than 1% of users prefer the service for streaming.  Users aged 13 to 25 preferred streaming music through YouTube, Spotify, and Apple Music.  In fact, it found that among the Gen-Z demographic, physical albums were more popular than the floundering platform.

What 4:44 proves is that Jay Z’s popular name won’t turn TIDAL around.  Snoop Dogg admitted to having a friend pirate the album.  50 Cent slammed the album. Often regarded as “sacred hip-hop royalty,” Jay Z just doesn’t have the star power necessary to turn this service around.  Nor does Kanye West.  Nor does Beyonce.

So, with 4:44’s unmerited platinum status success, what exactly will it take for TIDAL to become a competitor?  Will Sprint always have to scoop up the streamer’s “album-exclusives” to keep the company in the public eye?  No.  Jay Z’s streamer will need a successful business model, not one solely dependent on big names to remain afloat.