Newly-Discovered Notorious B.I.G. Freestyle from the 90s Conveniently Sings the Praises of Pepsi 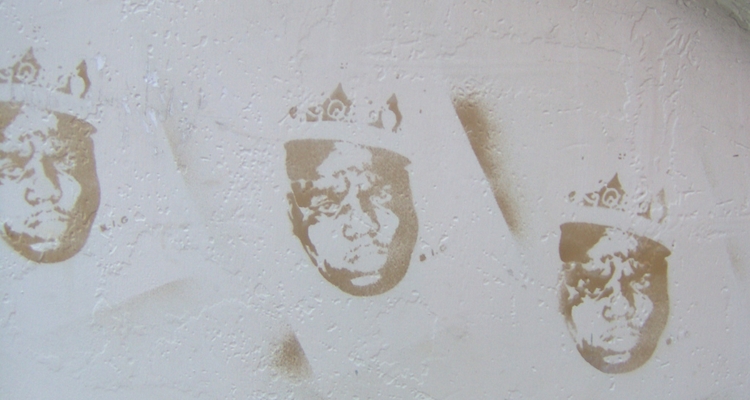 An unreleased Notorious B.I.G. freestyle will air in a Pepsi commercial singing the drink’s praises.

Pepsi worked with Biggie collaborators Cey Adams and DJ Enuff to remaster the freestyle. It’s a 23-year-old piece that strangely features Pepsi as the main focus, and was somehow buried until now. Turns out Notorious B.I.G. prefers Pepsi — and you should, too.

“Nothing can beat the P-E-P-S-I drink it constantly / Something ’bout the taste feels great, less filling / Tell ’em Biggie said drink it all, don’t test me / Nothing else beats a Pepsi / If it is, let’s see / I’m thirsty,” Biggie raps on the track.

Of course, the ‘lost freestyle’ is perfect for Pepsi, though it’s likely the soft drink giant paid a handsome price to profile the rhyme. Who knows what else is in the Biggie vault, though this one was worth gold.

You can watch the new animated clip featuring the Notorious B.I.G. freestyle below.

According to his collaborators, the track was laid down in 1997 at the D&D Studios with DJ Enuff. The remastered track will accompany a short video created by Antnamation in Pepsi’s new commercial. The commercial itself features plenty of references to Biggie’s Brooklyn neighborhood. A group of animated figures listen to a boombox and break-dance as the track plays.

The commercial also comes when Notorious B.I.G. will be inducted into the Rock and Roll Hall of Fame.

He’s only the second solo hip-hop artist to have that honor, the first being his rival, Tupac Shakur. Only six hip-hop acts have been inducted into the RoR HoF since 2007 when it started accepting hip-hop nominees. Current inductees include Grandmaster Flash and the Furious Five, Run-DMC, the Beastie Boys, Public Enemy, N.W.A, and Tupac Shakur.

Grandmaster Flash was the first act to be inducted in 2007. Run-DMC followed in 2009, and then another hip-hop act wasn’t considered until 2012 when the Beastie Boys were finally inducted. Public Enemy and N.W.A. soon followed. Snoop Dogg inducted Tupac Shakur into the Hall of Fame in 2017 – two years before Biggie would first be eligible.

Other artists inducted this year include Depeche Mode, the Doobie Brothers, and T-Rex. Biggie’s mother, Voletta Wallace, took to Instagram to thank fans and industry professionals who helped induct him. “Brooklyn, we did it!!,” she wrote. “This is so long overdue. Thank you to everyone that helped make this happen for Christopher. Love you all,” she continued.

Biggie first became eligible to be inducted in 2019 when his album, Ready to Die, turned 25 years old. Biggie’s contributions to the hip-hop scene were astronomical, so the honor is well-deserved. The 24-year-old rapper left behind a legion of fans who are constantly clamoring for anything new. It’s here, and you can thank Pepsi. It’s likely Biggie would too, given how much he loved it.