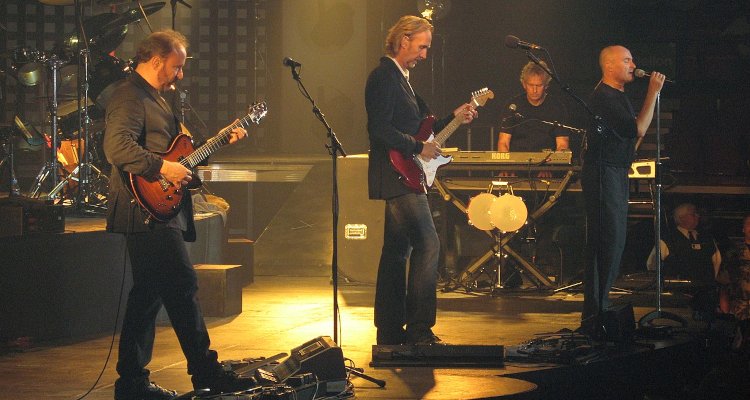 Apollo Global Management is reportedly preparing to roll out $1.65 billion in bonds backed by the assets of Concord, including catalog royalties from Phil Collins/Genesis, Creed, and R.E.M.

The music industry’s latest asset-backed securitization came to light in a newly published report from Bloomberg, which cited anonymous sources with knowledge of the matter. At the time of this writing, however, neither Apollo nor Concord had expressly confirmed the nearly $2 billion bond offering in the media or in a formal release; Concord indicated that it’s considering selling bonds, and Apollo declined to comment altogether.

But New York City-headquartered Apollo, which previously equipped HarbourView Equity Partners with $1 billion to spend on song rights, is said to have “already secured an anchor order for a large chunk of the debt” for Concord’s debut royalty securitization.

Said securitization will reportedly encompass both recorded and publishing royalties from north of one million works, and the Kroll Rating Bond Agency is reportedly preparing to assign an A+ rating to the bonds.

In any event, the offering would represent one of several recent efforts to attract investors to royalty-powered securities, following a multitude of particularly high-value catalog transactions in 2020 and 2021.

Back in December of last year, for instance, Northleaf Capital Partners revealed that it would issue roughly $304 million in bonds tied to the catalogs of Tim McGraw, The Who, and others. Kohlberg Kravis Roberts (KKR) followed in February of 2022 with a $1.13 billion bond fueled by stakes in more than 62,000 releases, tracks from The Weeknd, Maroon 5, and Stevie Nicks among them.

Additionally, Hipgnosis Song Management (HSM) in August packaged the royalties associated with 950 songs, including works from Justin Timberlake, Nelly, and Leonard Cohen, into almost $222 million worth of bonds.

More broadly, despite the previously mentioned multitude of high-value catalog deals delivered by 2020 and 2021, besides this year’s rising rates and economic turbulence, 2022’s initial 11 months have brought a steady stream of song-rights sales as well.

The aforesaid HarbourView, for example, has taken an interest in the music of Justin Bieber, Florida Georgia Line, Brad Paisley, Lady A, and Luis Fonsi on the year. BMG has closed several investments in November alone (and reportedly remains in the mix to buy Pink Floyd’s music IP notwithstanding months of obstacles and delays), while Primary Wave, Domain Capital, Reservoir Media, Influence Media Partners, and Pophouse Entertainment have finalized plays of their own during the past two or so months.