Trump or Biden? Here’s Where Musicians Stand on Election Night 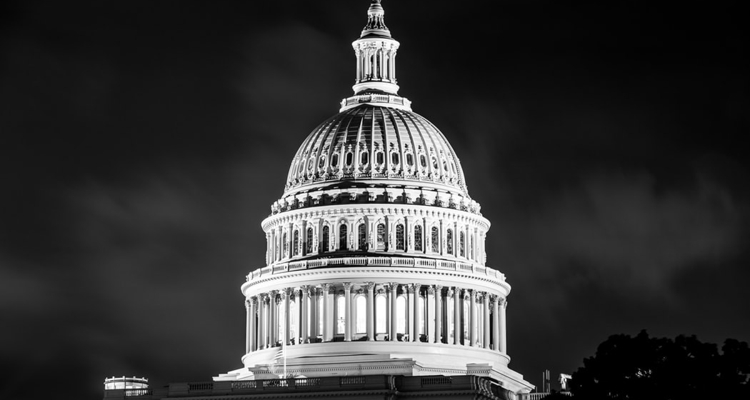 Americans are now going to the polls to choose between Donald Trump and Joe Biden. Here’s how musicians stack up.

Early voting and mail-in ballots have been underway for weeks now, but last-minute endorsements are rolling in. At the final hour, here’s how everyone stacks up in terms of endorsements. Several who have spoken out against Trump for playing their music are also worth mentioning.

Azealia Banks – The rapper and singer from New York has tweeted her support for Trump numerous times.

Young Dro – The Atlanta rapper released a video proclaiming his support for Donald Trump. “I’m into politics. I feel good about politics and the way it’s going down. I hope Donald Trump does win.”

Lil Pump – Rapper Lil Pump endorsed President Trump for President in a tweet in October. The President recently thanked “Lil Pimp” for his endorsement in an Election Day rally in Michigan (yes, he said Lil Pimp.)

50 Cent – Fiddy recently tweeted his support for Donald Trump. “I don’t care if Trump doesn’t like black people,” he said, mentioning tax rates in NYC. “62% are you out of ya f—king mind.” 50 Cent later retracted his endorsement but didn’t throw his weight behind Biden.

Lil Wayne – Lil Wayne tweeted a picture of himself meeting with the president alongside his endorsement. “Just had a great meeting with POTUS. The Platinum Plan is going to give the community real ownership,” the rapper tweeted.

Ice Cube – Ice Cube tweeted his support for President Trump after the Trump Administration met with him. Ice Cube says he’s not for or against anybody; he simply wants to help the Black community.

Trace Adkins – The country singer performed the National Anthem during the Republican National Convention in August 2020.

Ted Nugent – An ardent supporter of Trump since 2016, Ted Nugent says he supports Trump because “he calls them like he sees them.”

Kid Rock – Kid Rock has been another vocal supporter of President Trump. He supported Trump during his impeachment trial, posting a picture of the two of them playing golf together.

Gene Simmons – The frontman and bassist of KISS told Rolling Stone magazine that Donald Trump was good for the political system. He said he admired Trump’s proposition for building a wall on the U.S./Mexico border.

Kanye West – Kanye West spoke favorably of the President before he started his own presidential campaign. West met with Trump at the White House in a lengthy and bizarre meeting that also featured legendary running back Jim Brown.

Wayne Newton – Newton appeared on Fox and Friends to announce his support for the president. “I love Donald, and he would make a great president,” the singer said back in 2015.

Aaron Carter – The former Backstreet Boy expressed his affinity for the president because he likes someone “who likes to defy the odds.”

Loretta Lynn – In an interview, Lynn confirmed her support for Trump. “Trump has sold me; what more can I say? I just think he’s going to be the one to turn this country around.”

Joe Biden has the greatest support among musicians during the 2020 election. Here’s a peek at some of the musicians who have spoke out or endorsed a Biden presidency.

Taylor Swift – Swift has been an active Biden supporter, confirming she will vote for him in October.

Ariana Grande – Grande reminded her millions of fans that voting is important. “Florida, the race is close, and we only have two days left to vote for Joe Biden. Will you vote today?” she tweeted.

Beyoncé – Both Beyoncé and her husband Jay-Z have supported the Biden election effort.

Lady Gaga – Lady Gaga is another active musician encouraging her fans to vote. “Good morning Pennsylvania; I’m so excited to see you today and sing for you! Let’s talk about what America looks like with a KINDER president!” she tweeted yesterday.

Fall Out Boy – “This is the most important election of our lifetime, and standing on the sideline is not an option,” the group tweeted. “We endorse Joe Biden. So please, go vote.”

2 Chainz – While most rappers seem comfortable endorsing Donald Trump, 2 Chainz went a different way. He campaigned for the Biden/Harris ticket and described them as “different.”

Lil Dicky – The rapper posted on Instagram fully nude to tell his fans that he’s voting for Joe Biden.

Common and Offset – Both rappers announced their support for Joe Biden during a rally in Atlanta, Georgia.

Cardi B – Cardi B says she’d rather go with Joe Biden over Donald Trump in a recent interview. “We’re not asking for much; we just asking for certain s—t.”

Madonna – Madonna tweeted three selfies of herself after saying she voted for the Biden/Harris ticket.

Eminem – The famous rapper has written several songs against Trump, and routinely spoken out against the president.  Most recently, the rapper tweeted to his fans a video, “One Opportunity | Joe Biden for President 2020.”

Beastie Boys – The famously apolitical Beastie Boys licensed one of their songs for the Biden/Harris campaign ticket to use.

Foo Fighters – Dave Grohl and the rest of the gang encouraged their fans to support a candidate that supports educators.

Bruce Springsteen – Bruce Springsteen has been a vocal opponent of Donald Trump using his music. He has supported Biden in a campaign ad, saying Biden is running “to give working people the shot they deserve.”

Cher – Cher tweeted her support for Joe Biden back in March. “It’s hard to keep going when everyone refers to you as the one with no chance, but what belongs to you comes to you.”

Nine Inch Nails – “We are gravely concerned about the future of our country and the world and therefore will be voting for and supporting Joe Biden and Democrats down the ticket.”

Barbra Streisand – “We need to bring empathy and compassion back to the White House, and Joe Biden is the one to do it,” the legendary diva tweeted.

Jason Mraz – “What do all these amazing artists have in common? We’re all voting for Joe Biden and Kamala Harris,” Mraz tweeted on October 29th.

David Crosby – “Ok… that’s a president speaking right on Joe, I believe in you,” he tweeted in June.

John Legend – “I support Team Joe because this nightmare of a presidency needs to end,” Legend tweeted in June. He helped Cher fundraise for the Biden/Harris ticket.

Billie Eilish – Eilish has long been a supporter of anyone against Trump, accusing him of destroying the fabric of our country. The young singer fundraised for the Biden campaign alongside John Legend.

MC Hammer – “Don’t believe the polls!” the rapper tweeted. “We have won nothing. Get out and vote; we are gaining momentum!” he said about the Biden Harris campaign.