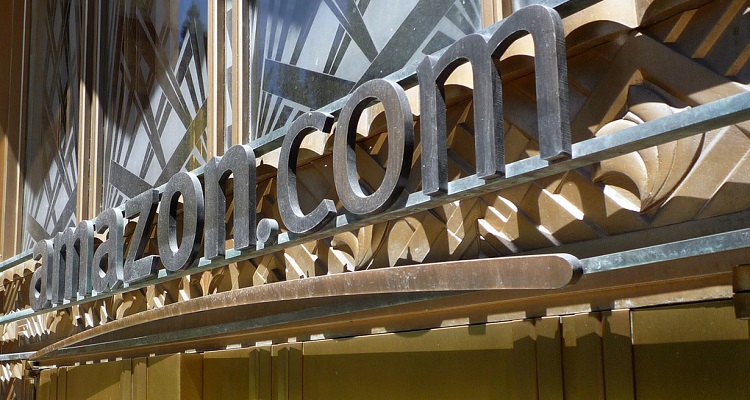 Last week, it was Kim Kardashian. This week in the music industry, the most talked about subject was Amazon, Amazon, Amazon, and even more Amazon. They finally launched Amazon Music Unlimited. But we’ve got other hot subject as well.

Monday started with Dr. Dre threatening to sue Sony Pictures. The move comes as Lifetime is preparing to air Surviving Compton. The movie will follow the brutal experience of R&B singer and Dre’s ex-girlfriend Michel’le as she faced physical abuse at the hands of the rapper. Dre’s lawyers have threatened the singer to keep quiet. However, is the rapper prepared for the Streisand effect?

Popular YouTuber Brett Newski paid the site a visit. He wrote a brilliant article about 8 ways to conquer depression and anxiety while on tour. We’re hoping he’ll continue writing for us.

Editor-in-chief Paul Resnikoff wrote about the Desert Trip Photography Experience. It’s a vintage rock n’ roll art gallery on the Desert Trip Grounds, where they hold Coachella. There are some great pictures worth checking out.

Top artists banded together to launch songs specifically written against Donald Trump. This is a mainstream attempt to resurrect the fabled “political song.” As expected, comments were filled with both pro and anti-Trump/Hillary comments.

We took a look at the legal complexity behind defining YouTube to MP3 stream rippers as illegal. The article deals primarily with US-based copyright law.

Here’s a fun fact. Amazon is apparently getting more streams through their Prime Music service than Apple is.

On Tuesday, Ari Herstand joined us against at DMN with a piece that quickly became the most debated topic of the week. The music industry doesn’t take covers lightly. Universal Music Publishing Group has been actively and aggressively issuing takedown notices to Facebook. Why? Because of users who post their cover of popular songs on the site. Ari defended the notion that users should be able to post covers without having to face takedown suits. There was a good reply to this post on Friday.

Despite a lawsuit threat, Michel’le isn’t backing down. Lifetime’s Surviving Compton, detailing the abuse she suffered at the hands of the popular rap star, will still be airing tomorrow. This caused us to wonder: Is Dre just bluffing?

Too soon? A new Halloween costume is available at costumeish.com. That’s nothing new, of course. However, this costume has manage to infuriate Kanye West. The costume in question shows his wife bound and gagged, following the (questionable) Paris robbery report.

Wednesday proved that the best news are always surprise announcements. Following reports that Amazon was preparing to enter music streaming, the company finally launched Amazon Music Unlimited. In the music industry, the surprise takeaway here is its simultaneous Echo-only launch at just $3.99 for Echo, Dot, and Tap owners. This move severely undercuts its competitors.

Although lost in the shadow of Amazon’s surprise announcement, Google and YouTube announced that they acquired online marketplace FameBit. FameBit was used by YouTube content creators to find better ad deals.

Paul loves music streaming services. So when Amazon Music Unlimited came out, he decided to post his own review of the service. He called the service better than Spotify and Apple Music combined. As expected, many, many people disagreed.

CNBC took notice of Digital Music News. Closing Bell asked Paul Resnikoff what he thought of Amazon Music service. You can check out a clip of the interview.

Amazon Day rolled over to Thursday as well. According to a new report published by Parks Associates, Prime Music was the top music streaming service in U.S. homes with broadband. It grew 7% to a strong 33%. Spotify Premium took second place at just 7%, with Apple Music in last place, with just 2.7%. This research may show that Amazon is poised to become the top music streaming service.

Netflix doesn’t have the movie you’re looking for. That’s nothing new. We took a closer look at the company and analyzed what they’re doing different. Also, we asked, why haven’t Spotify or other similar companies been able to turn a profit in the music industry?

Despite facing a very harsh lawsuit in the United States, top stream ripper YouTube-mp3.org has now surpassed SoundCloud in traffic. We also found out that SoundCloud threatens to be overtaken by other stream rippers as well.

Here’s another fun fact: unsigned artists make 4 times more from streaming than major artists do. Ready to go down the Frank Ocean route?

Friday started off with an oath. Out to prove that her robbery was, in fact, real, Kim Kardashian has filed paperwork in a federal district court in New York. How will she accomplish this? By suing Mediatakeout.com for ever questioning her story. If the robbery is found out to be false, she may face perjury charges, and even jail time.

In the music industry, Spotify UK posted great news: they made a profit, albeit a slim one. This is good news for the company which has recently faced several top staff members leave. However, after careful analysis, we ask, will Spotify ever be able to turn a profit?

Almost everyone knows that Spotify is preparing their IPO. But now, it appears they’re undergoing company-wide restructuring. Ahead of their IPO, Spotify co-founder Martin Lorenzton stepped down as Chairman. Current CEO Daniel Ek will take his place.

In a stern rebuke to Ari’s Facebook piece, Matt Thompson posted a rather detailed reply bunking Ari’s claims. No, Facebook victims are not at fault, Thompson wrote; rather, artists should respect covers.