The Music Business Week in Review 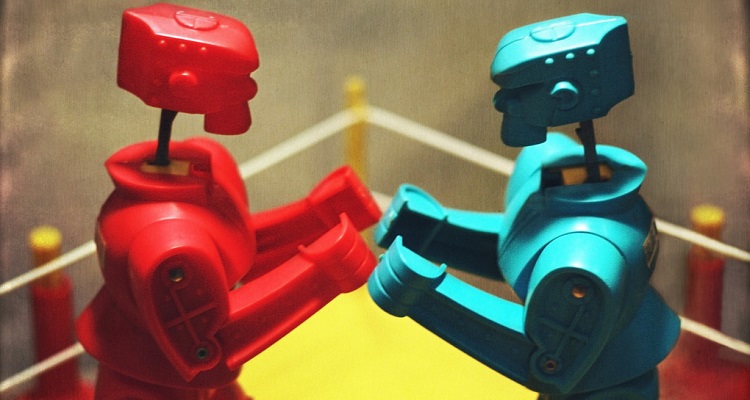 Last week, Amazon was on top. This week, however, a fight between longtime musician David Lowery and musician Ari Herstand flared up at DMN. Researchers also found freelance musicians more likely to be on medication. Bob Dylan refused once again any acknowledgement of the Nobel Prize.

Monday kicked off with news that’s not sure to make independent musicians feel well. Researchers in Norway found that that freelance musicians are 50% more likely to be on medication. They’re also more likely to have sleep difficulties and thus, more psychological distress. The reasons? Difficulty balancing their work/personal life. They also face an unpredictable future.

Nicky Minaj and Kim Kardashian are both notable sex symbols in this generation. However, when Kardashian poses nude, people say it’s classy. Not so for Minaj. When she poses nude, it’s considered trashy. Minaj spoke out against this double-standard, calling it pathetic and sad.

Last weekend, Harlem-based rapper Azealia Banks said that Russell Crowe choked her at a Beverly Hills hotel party. She was invited to a dinner with the award-winning actor. However, witnesses that say she became unruly, insulting Crowe and another guest for their music tastes. The rapper is known for her unruly behavior, and Twitter feuds. RZA, who had invited her, said that her versions of the events were just wrong. The rapper later indirectly apologized, however.

In the most commented and most debated post of the view, Ari Herstand called out the new music business. Herstand was anything but kind, calling out David Lowery and Universal Music Group. However, most readers were anything but warm to Herstand, who likened UMG’s stance against Facebook to Donald Trump. Trump has been accused of sexually assaulting women in the past, something the presidential candidate heartily denies.

Tuesday was Hall of Fame and Controversy day. The nominees for the 2017 Rock & Roll Hall of Fame were announced. Among the list were first-time nominees Tupac Shakur and Pearl Jam. The award ceremony will take place next April at the Barclays Center in New York. People will be able to cast their vote on rockhall.com, usatoday.com, among others.

Is rapping about robbery encouraging it, or is it just a way to share your experience? Rapper YG’s Meet the Flockers will now face White House scrutiny after an online petition to ban the song reached 100,000 signatures. YG hasn’t spoken out about the song, but Chinese-Americans and Asian-Americans are adamantly against the rapper.

Bob Dylan won the coveted Nobel Prize in Literature. However, the singer has been anything but communicative. He hasn’t responded to calls or e-mails from the Novel Academy.

Harry Shearer, better known for his voice-acting in The Simpsons, is suing Vivendi for $125 million. The accusation? The creators of ‘Spinal Tap’ have received just $98 in album royalties since 1984.

Digital Music News asked the question, “Is It Really Illegal to Use a Music Downloader?” We took a quick look at this highly-complex legal topic. Despite the RIAA’s dependence on copyright laws, the legal wording just isn’t clear.

Give Round 2 to Amazon. On Wednesday, Garth Brooks and Amazon announced a deal to bring the country singer’s complete catalog on the site. Fans of the singer as well as Amazon Music Unlimited subscribers are currently able to listen to 2 albums. More are promised soon.

Use Apple Air Pods? Got a spare 3D printer lying around? Great! M3D uploaded their creation, the Twisty Earbud Catchers. They’re hoop-like earrings that will catch your Air Pods when they fall out of your ear. Just make sure you’re good with your 3D printer, though.

Thinking of a way of how to spend your 90th birthday? Just do what Chuck Berry did: announce your final album after 30 years. Add your two children to the mix, and you’ve got a solid album coming up.

Once again, Beats by Dre has released earbuds that don’t work with the iPhone 7. There isn’t even an iPhone 7 adapter included. How’s that for courageous?

Ari’s piece didn’t go over so well with many DMN readers and commenters. Even worse, longtime musician and songwriter, David Lowery, spoke out against the piece. He didn’t have kind words for Ari, nor editor Paul Resnikoff. Paul, however, had a few choice words for Lowery, writing against what Lowery said in an opinion piece. The comments section once again blew up, but with interesting thoughtful comments for both Ari and Lowery’s careers. They’re worth taking a look.

A new UK Music survey shows that poor YouTube payments aren’t only an American problem. UK artists are also being short-changed by the company, causing a “value gap.” We looked at the numbers and gave a quick primer on what the value gap actually is. Google and YouTube both deny that such a value gap exists, however.

Rappers and cars go together like Snoop and gin and juice. On Thursday, a new study showed the top-named brands and cars dropped in rap lyrics. The most named brand was Mercedes-Benz. The car most named, however was the Chevy Impala, and The Game dropped the most car mentions.

DMN gave Amazon Music Unlimited a 10. Paul praised the music service on CNBC. However, Amazon’s marketing team hasn’t done such a great job plugging the service. Paul gave Amazon a few tips as to how to improve their marketing approach.

Music streaming at 9.99 per month is anything but cheap nor valuable. That’s what most consumers believe, anyway. According to a new report by YouGov and Zuora, most UK consumers think that Spotify and Apple Music should experiment with different pricing schemes.

Derek Sallman loves performing music. He also loves writing music. He’s currently a university student at Wisconsin Lutheran College in Milwaukee. However, he’s not studying music; he’s a biology major. He wrote an article detailing seven ways you can work on your own college career while you’re in college.

Friday started off with a news exclusive. Moore & Giles and Crosley Radio will announce this Monday a limited edition leather turntable. Only 40 limited-edition Commonwealth Collection C10 Turntable will be made available in November. Crosley Radio’s turntables are currently hot items in Amazon.

Bob Dylan doesn’t like praise, nor does he like fanfare. Five days after winning the Nobel Prize in Literature, the singer’s website finally acknowledged the award. However, just one day later, his website took it down. This goes in line with the singer-songwriter’s quotes on being himself and not receiving praise.

Apple is standing on their courageous decision to remove the headphone jack. Other cell phone makers may follow suit. More and more consumers are picking up wireless headphones. Thus, a wireless headphones apocalypse is coming. Thankfully, Paul has prepared with a few quick tips so that you’re never left without battery.