Last Week in the Music Business 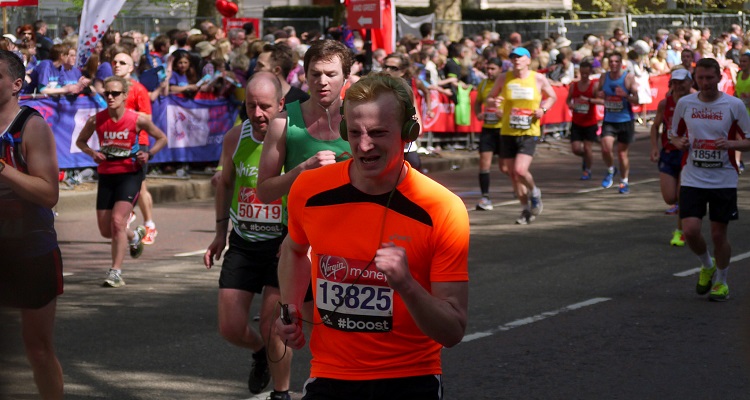 Lady Gaga will leak her own album if forced into a time-exclusive deal, Tupac Shakur’s legacy is fading according to Google data, Amoeba Music is close to being demolished, and Pandora announced their offline upgrade to Pandora One.

It’s the weekend, so it’s time to fill you in on what’s made news this week.

Following Frank Ocean’s multi-week exclusive on Apple Music, Frank Ocean and his label spent no time making it available on other music streaming services. Our editor-in-chief Paul Resnikoff noticed that you wouldn’t even know Blonde was available on Spotify, unless you tried hard looking for it. This may be Spotify’s way of retaliating against music artists for favoring other competitors. Despite Spotify’s denial, Blonde wasn’t made available on the front page of Spotify last Sunday.

‘You are putting a microwave-emitting device next to your brain.’

Commenter Luke was quick to notice,

“According to the FCC Approval for Airpods, there is a minimum separation distance of 5MM from your body. So as long as apple placed the antenna for the airpods in the end of the device (not in the earpiece), they should satisfy that requirement.”

The day after Patriot Day 2016 started off strong. Twitter announced a new partnership with Deezer to offer Deezer Audio Cards on their service. We analyzed Deezer’s position here in the States as an up-and-coming powerhouse in the streaming service market that can’t be dismissed. Why not? They’ve secured $109 million in fundraising just this year.

Paul Resnikoff took a quick look at Stranger Spotify Ads hosted over at Vimeo. While funny in tone, Paul analyzed the video from the very real perspective of how companies like Spotify are now facing the challenge of getting listeners to join en masse. Ads may just not simply be enough, though music streaming services are helping curtail illegal torrent and downloading hubs. DMN regular commenter Versus, who’s offered regular insightful comments in the past, pointed out,

“Isn’t part of the problem that subscription models (as well as download stores like iTunes) typically require credit cards, which teenagers do not usually have?”

Solange not only got a lot of comments in social network and media realm. She got it here at Digital Music News, too. This article detailing her experiences at a Kraftwerk concert turned into one of the most commented of the week. In an essay titled, “And Do You Belong? I Do”, Solange asked readers to imagine the experience of living as an African-American from her perspective. Solange likened the experience of being thrown half-eaten lemons by elderly ladies as just another example of racism that not only she but her children and other African-Americans have to face here in the United States and around the world. While she never uses the word “racism,” there’s no denying the accusatory undertone throughout her essay. Several DMN posters weren’t quick to buy it. Two posters were also at the Kraftwerk concert and said that she had purchased tickets at the wrong area. One of the strongest comments, however, came from poster Arlin Godwin, who wrote,

“This all about an arrogant, selfish woman—labeling anyone who dares to ask her to sit down and get out of the way as “racist”. This has nothing to do with racism. This about a person just acting bad. Plain and simple.”

The Music Rights Awareness Foundation was formed by hit singer Max Martin, Björn Ulvaeus from ABBA, and pop songwriter Niclas Molinder. The goal of this new foundation is to educate all music creators on their rights in the digital arena. Their first project is Music Rights in Africa, though there were no specific details to report on.

William Hochberg, Esq. brought DMN readers a strong piece that became one of the most commented of the week. The head of the Music Law department over at Greenberg Glusker Fields Claman & Machtinger, LLP touched on why exactly the original Blurred Lines verdict is a disaster for the music industry. Even if the original verdict is overturned, the damage is already done. This is a must-read for those interested in copyright law and lawsuits. One takeaway from Hochberg’s piece,

“If the Ninth Circuit overturns the ‘Blurred Lines’ appeal on song-comparison grounds, unlikely as that may be, the flow of new Top 40 Gold-digger cases with little merit will slow to a relative trickle, a good outcome for the creative community and society at large. But what of the songwriter whose melody and harmony were outright ripped off by a mega-superstar?  Will a contingency lawyer tell them to stay home in the face of a ‘Blurred Lines’ reversal rather than challenge the song-lifter?”

Jody Dunitz, a longtime industry executive and investor, asked songwriters the question, “Why Are Your Rates So Low?” She holds back no punches in telling readers how exactly the music industry works. Take a quick look:

“Song rates are low because payments to the labels are high.  If just the cash used to pay Minimum Guarantees was redirected to songs, song rates could significantly increase — from the current rate of 15% to 27%.

Low song rates are the legacy of yesterday’s label economics – when the labels paid all the costs and bore all the risks…So why are song rates stuck at relative values that reflect an ancient cost chain?

Paul finished up Monday with the news that the Amoeba Music landmark in Los Angeles was close to being demolished.

Pandora was close to licensing a $5 a month deal. The company announced that they had reached a landmark deal with Merlin Network, Sony Music, and Universal Music Group. I also touched on Pandora working on a $10 a month streaming plan to better compete with Spotify, Apple Music, and Tidal. Ben Thinkin’ brought a sarcastic yet thoughtful question:

“With the current streaming leaders charging $10 per month, the money has yet to trickle down to the artists. Pooling revenues means the price per stream is going down and down.

So surely cutting that revenue in half will solve this problem correct? I wonder why nobody thought of this before? What am I missing here?”

Google data shows that Tupac Shakur’s legacy is fading away, reaching an all-time low in Google searches. When an anonymous poster wrote that caring after an older generation of rappers was antithetical to the genre, he or she was quickly called out by our DMN community.

Lil’ Wayne also doesn’t believe that there’s such a thing as racism here in the States. You can read the full transcript of the interview and the context.

The most commented-on post of the week came thanks in part to Tidal. Tidal filed financial documents in Sweden. We got our hands in it and broke it down. The company is not in great shape financially. Why? The same reason why Spotify has yet to turn a profit: huge royalty obligations are draining their revenue.

Wednesday proved to be a great day for Nelly.

The #SaveNelly campaign was in full-swing after SPIN’s Brian Josephs posted the exact number of times Nelly’s music would have to be streamed so he could pay back the IRS. This started a huge trend in both social media and especially music streaming services, with many fans placing Nelly songs on repeat.

Nirvana also commented on The Guardian’s report on the conspiracy theory of Kurt Cobain being alive. On their official Facebook page, they wrote,

““It’s true. Kurt is alive. He needed time to learn to play the guitar with his right hand. Finding left-handed guitars is never easy. We are so glad to have him back and we’ll forgive him for all the sadness that we have felt deep in our hearts.”

The European Union has a new draft directive underway, where they’ll be forcing tech giant Google to pay artists more for YouTube videos as well as pay newspapers for linking to European newspapers. Despite the great news for musicians, there are still no specific yet available on how the European Union looks to accomplish this monumental task.

Spotify had a great day Wednesday as Spotify Premium crossed the 40 million member mark proving that the old saying is indeed true: 40 is the new 30.

Advertising network JuicyAds responded to the California lawsuit case against them and Cloudflare, stating that they just can’t simply monitor who each one of their clients are. While this case is small-time, there are big consequences if a California judge rules in favor of adult entertainment publisher ALS Scan. Just take a look at the JuicyAds’s parent company Tiger Media’s response below:

“This breathtaking request for Tiger to police the Internet is unwarranted because ALS’s motion fails every criterion relating to imposition of a preliminary injunction.”

Finishing up the day, Paul pulled no punches in sharing this opinion piece about Amoeba Music being demolished. “If the owners of Amoeba Music don’t care if their store survives, why should I?”

No, Kanye West, No. Despite your complaints on Twitter, Apple Music won’t be buying out Tidal. That’s according to Jimmy Iovine, head of Apple Music, who flat-out said that they’re running their own race and just aren’t looking to acquire any streaming services at the moment.

Pandora also confirmed what DMN had touched on just two days earlier: their $4.99 plan now called Pandora Plus will not only replace Pandora One, but will also introduce predictive offline mode for users whose connections cut off. The offline mode will playback music from the last 3 radio stations you’ve recently listened to as well as your main radio station based on your likes.

Yoko Ono’s new exhibition is less than a month away from being showcased in Iceland. The exhibition will touch on the violence done against women, and Yoko Ono is asking all women from all languages around the world to send in their own personal testimonies along with images of their eyes.

How many streams does it take just to earn a buck? And what exactly does streaming music pay now in 2016? Paul broke down the information here, with YouTube (unsurprisingly) and SoundCloud being among the lowest to pay out content creators.

Ari Herstand finished up the day with another must-read for diehard music fans, challenging Digital Music News readers to rethink how songwriters get paid. Just check out this small sample:

“But, remember, when we’re discussing Pandora, we’re talking about radio. And terrestrial radio (AM/FM) doesn’t pay artists/labels anything for performance royalties. This needs to change also. So when Kevin Kadish talks about his Pandora plays, he’s talking about what ASCAP paid him from Pandora. He didn’t mention how much he earned from terrestrial radio. The entire system needs to change. We need to work towards 50/50 across the board.”

Friday saw another highly commented article on Sony Music and UMG attempting to cut out music streaming services. How will they do this? By providing their own music streaming app called Now Music+. Any drawbacks? The app will reportedly not play music on-demand, with users only being able to play hit music on already-offered playlists. Adam sarcastically wrote a comment which I truly believe will happen soon,

“This post. And the one written when it’s shut down is all we’ll ever hear of this service.”

Google’s Safe Browsing service started blocking The Pirate Bay on both Google Chrome and Mozilla Firefox. No other torrenting service was affected.

There’s also a new documentary that asks the question, “Who Gave Eazy-E Aids?”

Rounding out the day, a rate court judge also ruled in favor of BMI in their dispute with the Department of Justice over their interpretation of 100% licensing.